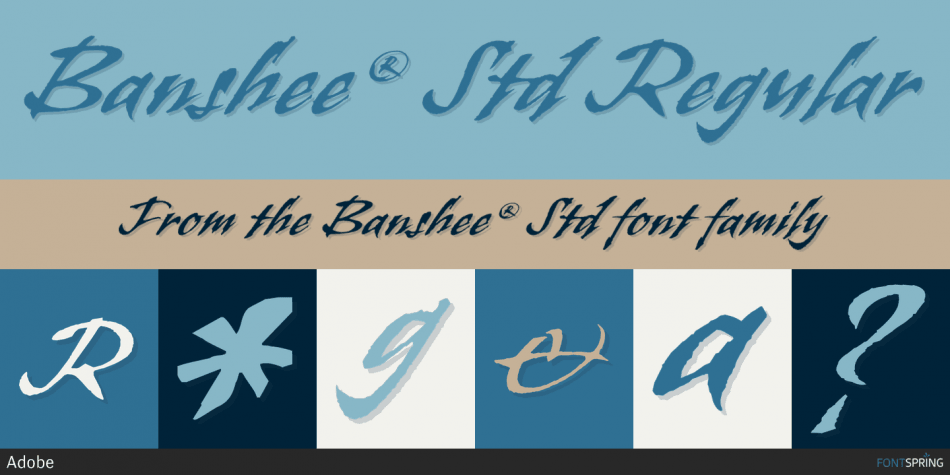 Banshee® Std is a historical and script font published by Adobe.

Often working into the wee hours of the night while the wind howled, British type designer and lettering artist Tim Donaldson created the Adobe® Originals typeface: Banshee. This vividly expressive display face is modeled after one of Donaldson’s handwritten lettering styles. Banshee began as letters rapidly written by Donaldson with one of his homemade “ruling” pens. The letterforms are, however, firmly rooted in the tradition of classical chancery italics. With its ragged lines and counters, Banshee realistically captures the irregularity of pen and ink on paper, lending an immediacy to packaging, advertisements, posters, and invitations that few digital typefaces can match.