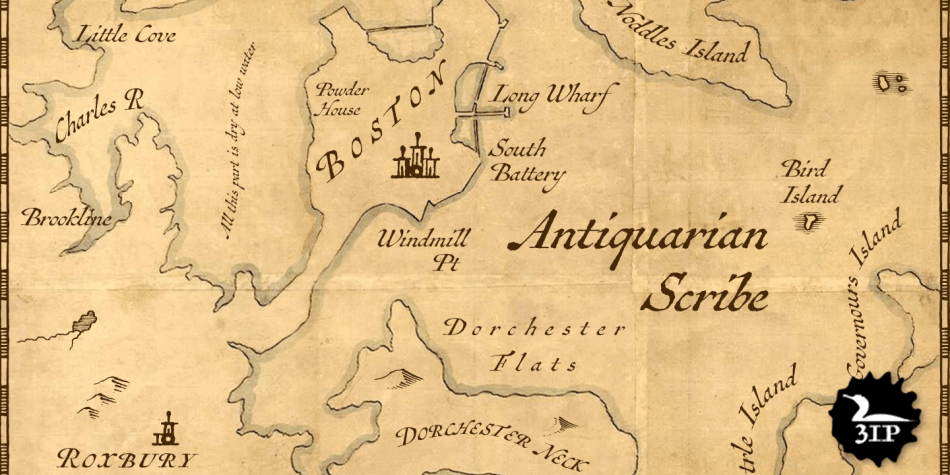 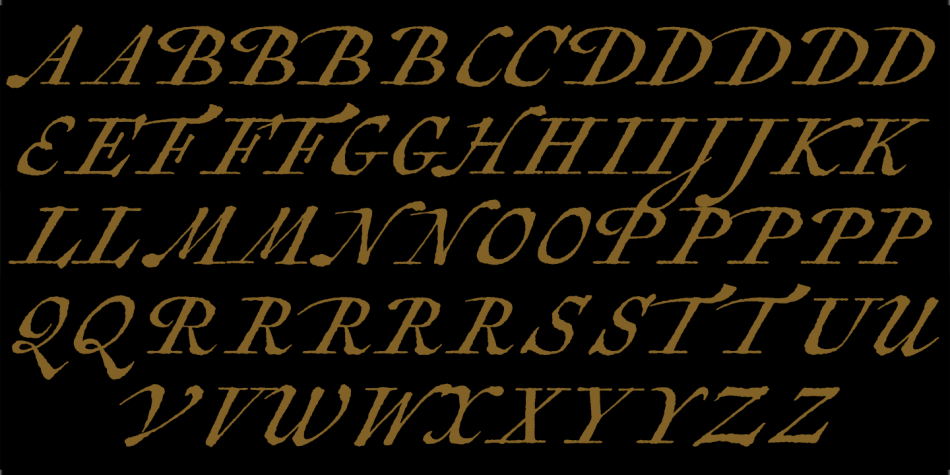 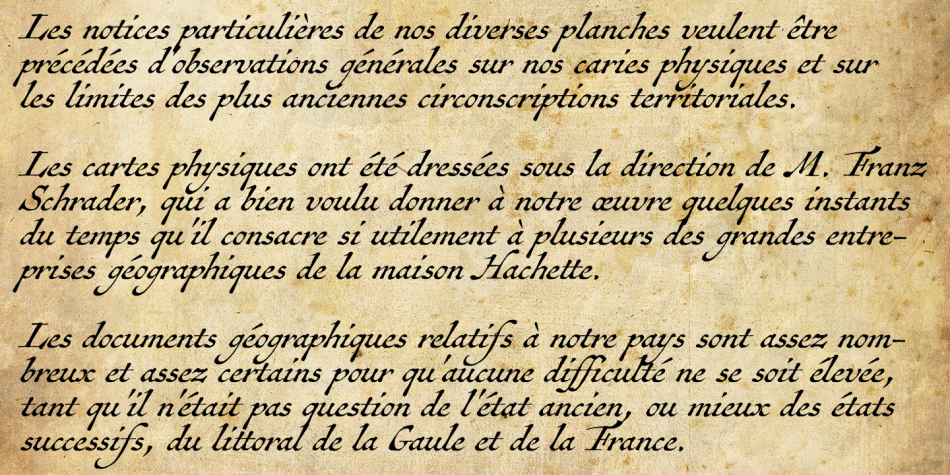 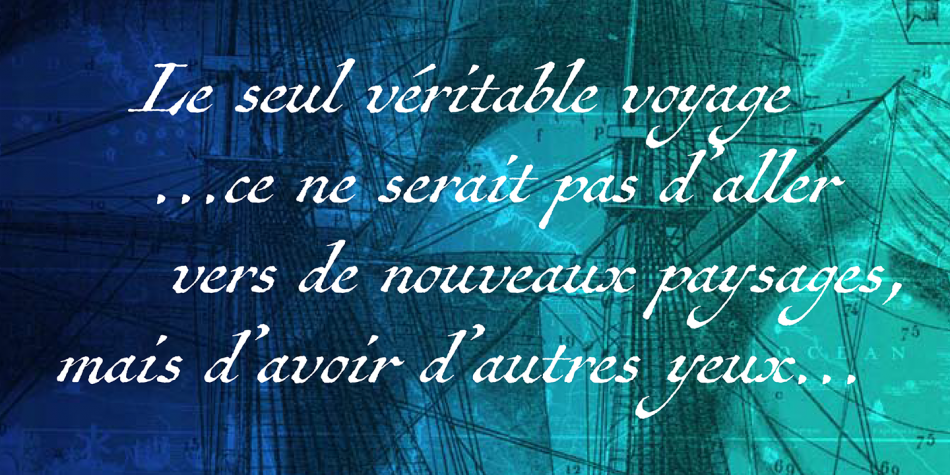 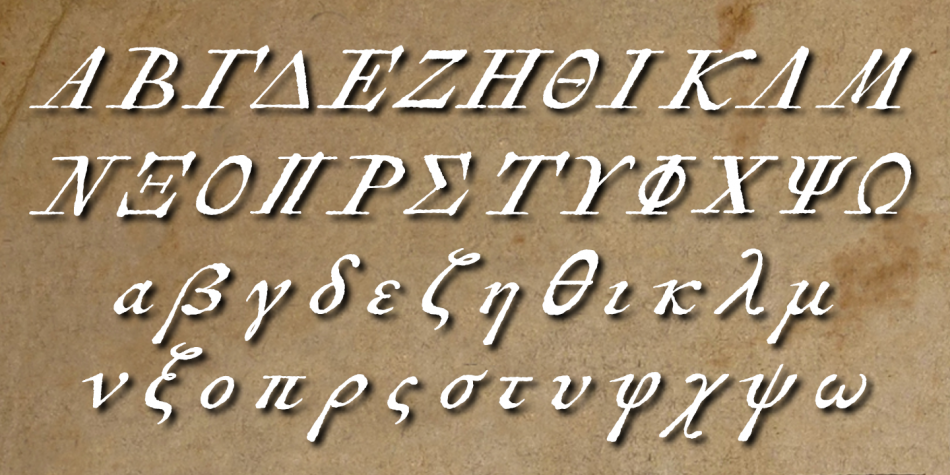 Antiquarian Scribe is a historical and script font published by Three Islands Press.

Antiquarian Scribe is modeled after the neat, oblique handlettering displayed on a page of “Atlas Historique, ou Nouvelle Introduction a L’Histoire”—a world atlas published by Henri Abraham Chatelain between 1705 and 1732 in Amsterdam—that I picked up at an antique book shop in London in 2004. (It may be used with authenticity alongside Antiquarian, inspired by the handlettered headlines and captions that appear on the same page.) The source material covers the Near East, India, and the Indian Ocean; its text is in French, which afforded plenty of diacritics and other special characters. The overall effect is neat and legible, with a distinctly historical flair. OpenType features include true small capitals, numerous ligatures, alternate/titling caps, old-style and lining figures, antique map symbols, and Greek and Central/Eastern European alphabets.