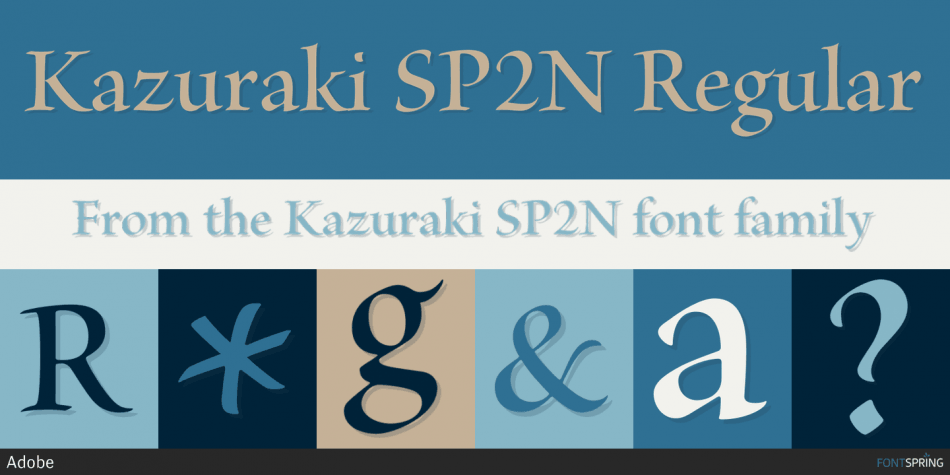 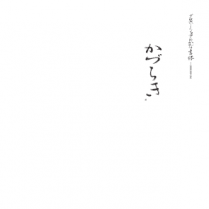 Created by Ryoko Nishizuka, an Adobe® Senior Type Designer, Kazuraki is a proportional Japanese kana typeface that includes a limited number of glyphs that correspond to ideograph (kanji) characters. Kazuraki is based on Ryoko’s earlier work that won the Silver Prize award at Morisawa’s 7th International Typeface Design Competition in 2002. She further developed the design based on the calligraphic style of the 12th Century writing master Fujiwara-no Teika (1162-1241), and transformed it into a digital font.

Typical Japanese fonts are monospaced, specifically referring to the glyphs for their kana and kanji. Their glyphs are designed to fit within an invisible box known as the Em Square. Technical difficulties in traditional Japanese type design have prevented the design of genuine Japanese calligraphic glyphs with free forms, especially those for kana.

But, Kazuraki is a true proportional Japanese typeface, in which each glyph has its own optimized width for horizontal and vertical writing directions. The OpenType font format allows ligatures to be included that provide effective visual flows for some character sequences. This provides a completely new kind of visual dynamic. Kazuraki represents an epoch-making challenge in Japanese typography, which is released as a new Adobe Originals Japanese typeface, after Ryoko’s long search for a new form of digital typography in which the traditional style of Japanese kana calligraphy could be revived.