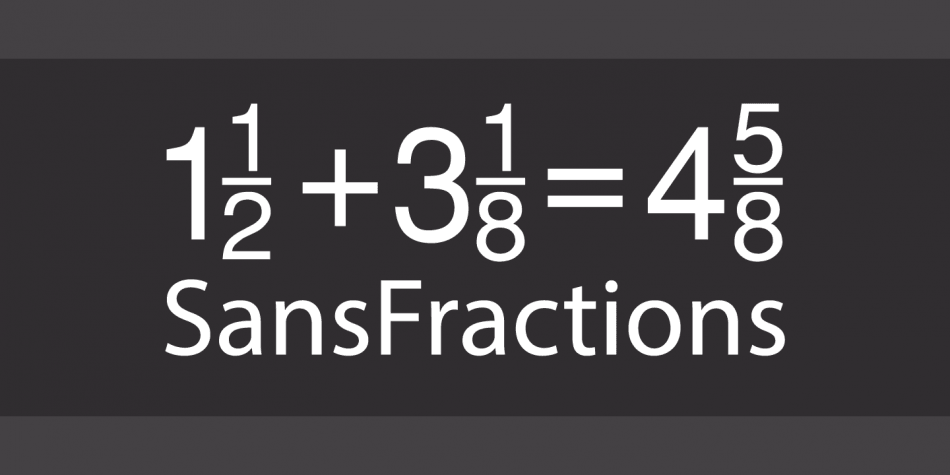 Designed by Tom Schmidt, SansFractions is a dingbat font family. This typeface has two styles and was published by Boover Software.

SansFractions and SeriFractions were created to fill a numerical void in the font world, the lack of fractions.

It also has a partial set of mathematical symbols, including the true multiply (x) symbol, which I’ve never seen in any font.  Most people just use a lowercase x.

Characters are contained on all four standard levels of the Macintosh keyboard (no modifier, shift, option, shift-option) and the no modifier and shift levels for Windows.  A key caps/character map sheet is included.