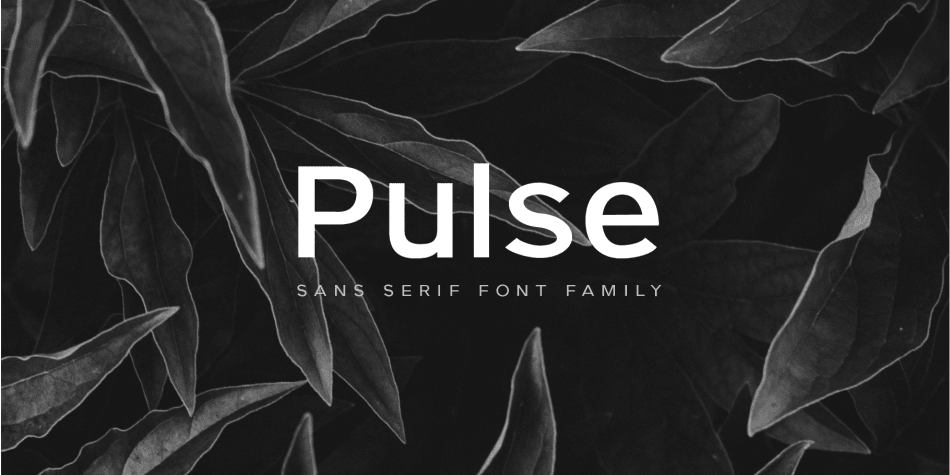 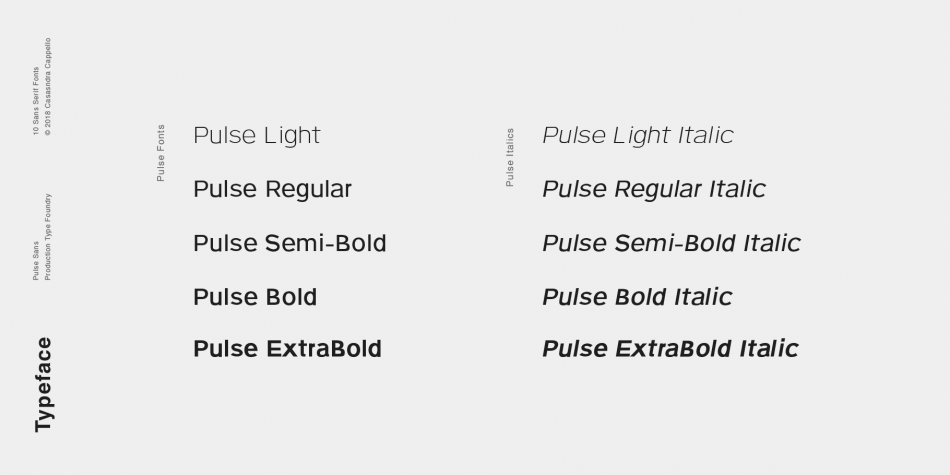 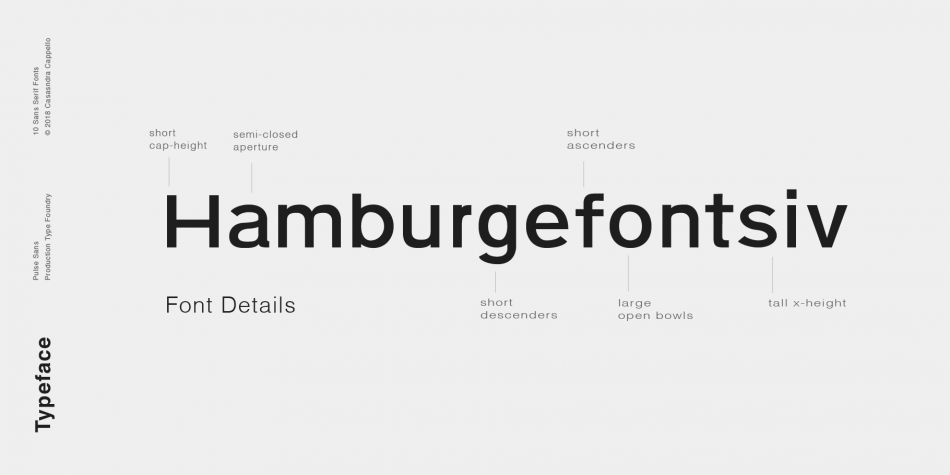 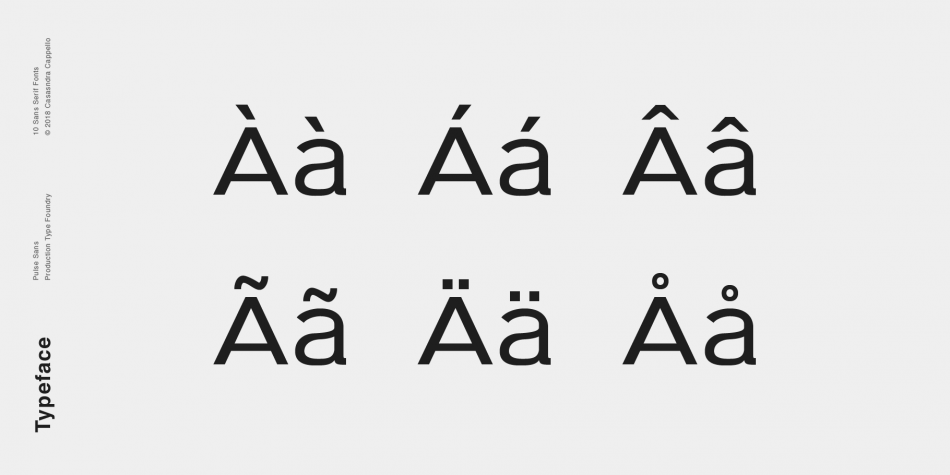 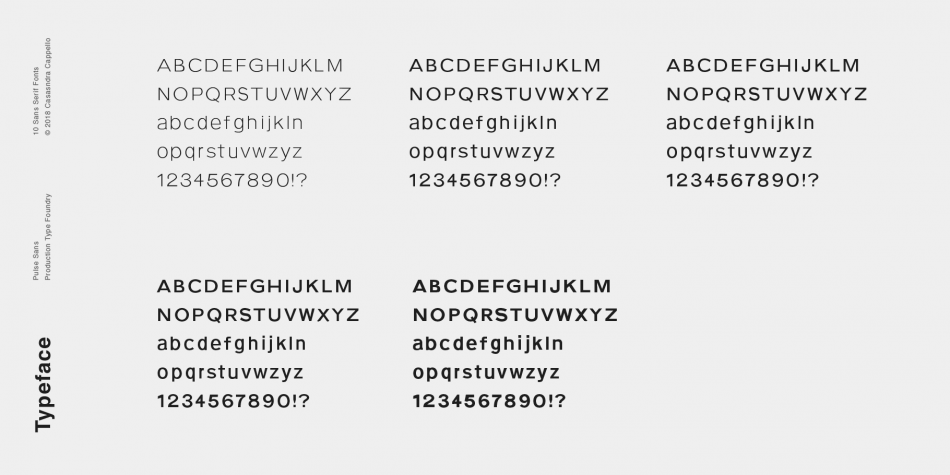 Designed by Cassandra Cappello, Pulse is a sans serif font family. This typeface has ten styles and was published by Cappello Designs.

Pulse is a minimal, classic sans serif typeface. It bears a strong resemblance to its mid 20th century Neo-Grotesque counterparts. Pulse utilizes typical Neo-Grotesque characteristics to enhance legibility, such as a uniform thickness, large x-height, and lacks any of the idiosyncrasies found in earlier typefaces.

Its slightly extended characters and open aperture gives it a bit of personality and these fonts are perfect for both headers and body copy. This font family includes all Latin characters (including accents), numbers, special characters, and punctuation.