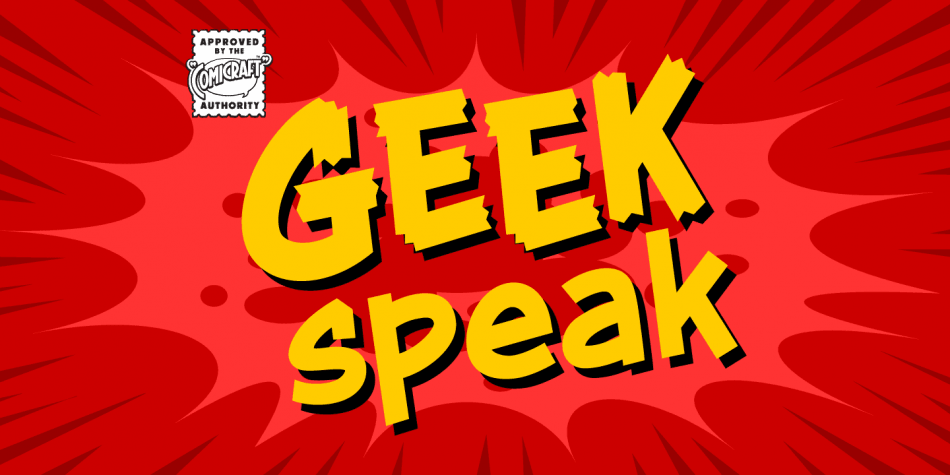 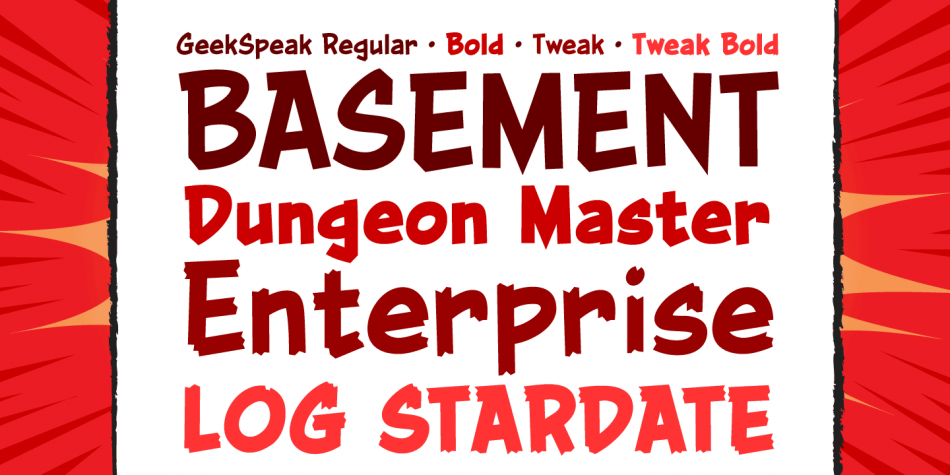 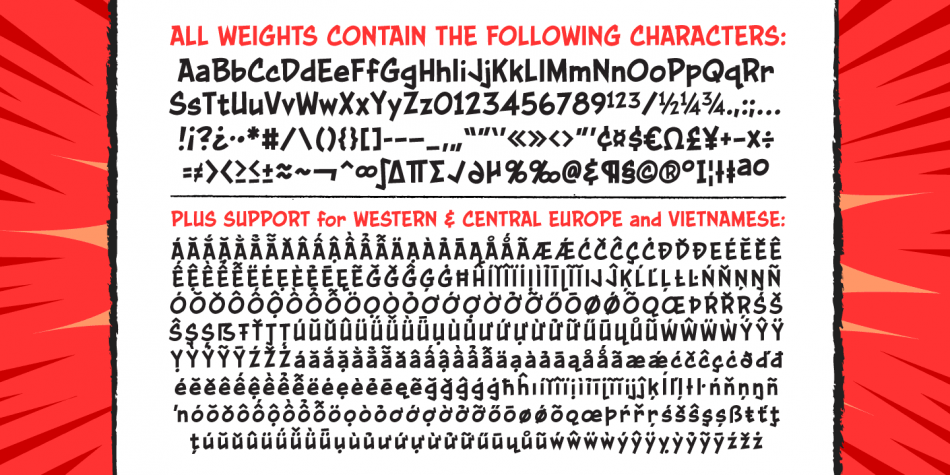 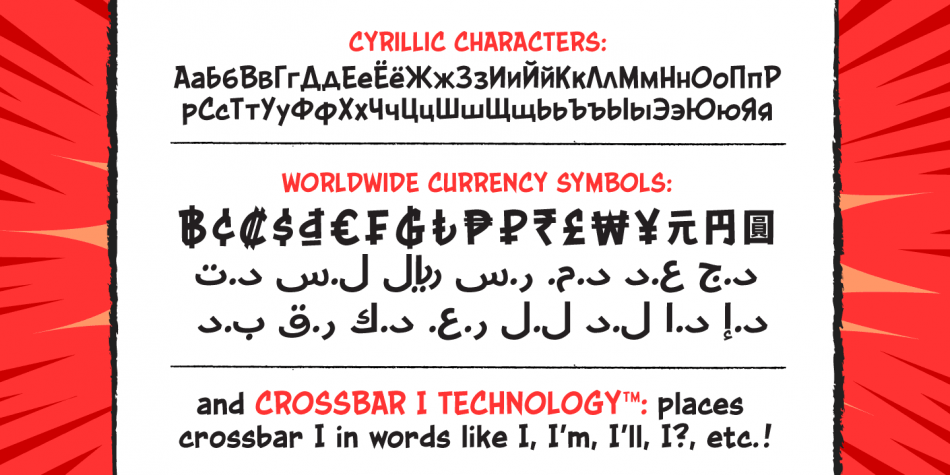 Designed by John Roshell, Geek Speak is a comic and hand drawn font family. This typeface has four styles and was published by Comicraft.

If you’re familiar with this theory, you already Speak Geek, and now you can download a font that has 250 friends on comicbookfonts.com but has never met one of them. Take it to Comic-con this weekend and take photos of Wonder Woman cosplayers together then post them to your tumblr account… Or head down to the basement for D&D and debate the merits of George Lucas fiddling with his trilogies.

Yep, GEEKSPEAK shoots first—put that on a t-shirt! And gimme some Spock.