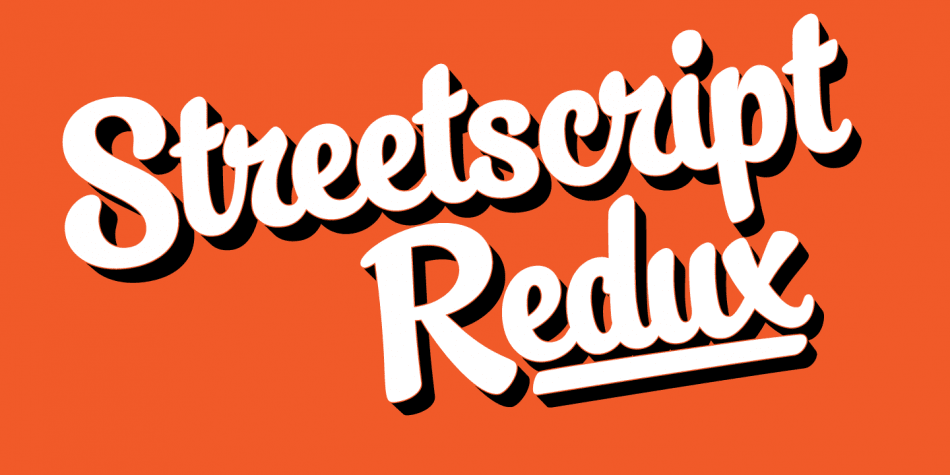 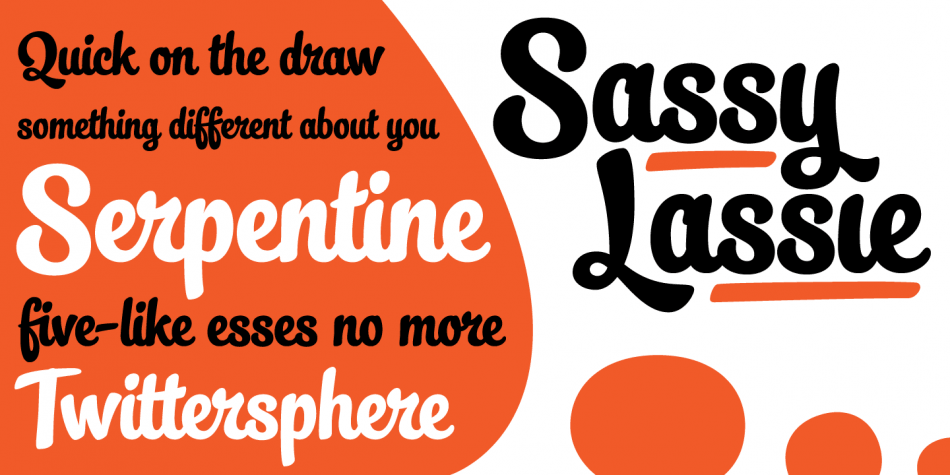 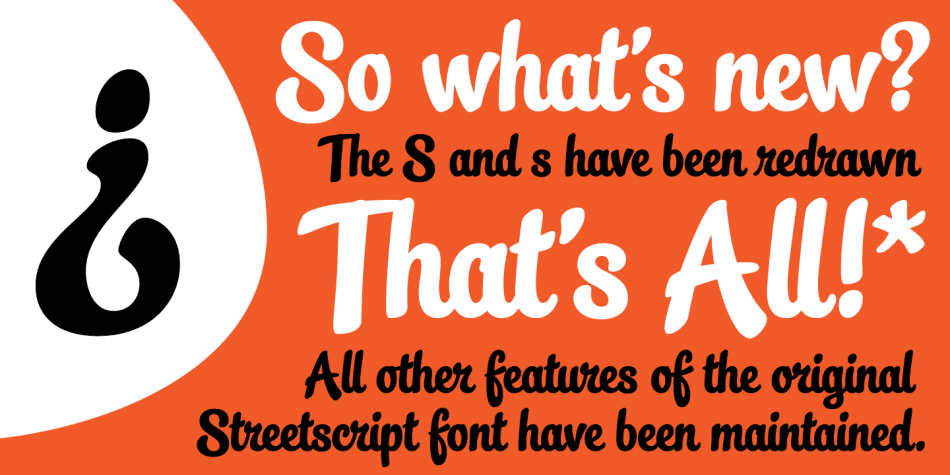 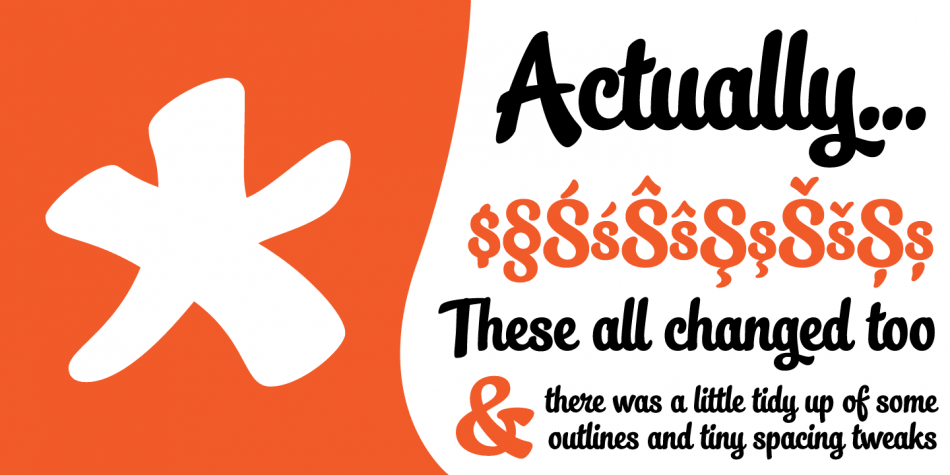 Streetscript Redux is an update to the now discontinued Streetscript. In the original version, it seems a lot of users didn’t like the s’s in the font, and after seeing them redrawn (not always with the best results!) a few times, I decided to make a new version of the font with less idiosyncratic s’s, and this is the result, Streetscript Redux. (I should have listened to my other half - “those s’s look like fives,” she said)

All other features of the original Streetscript are intact (barring a couple of s-ligatures no longer necessary). There’s been a little tweaking of some outlines, and slight changes with spacing too, but for the most part, all I’ve done is redraw those pesky five-like s’s, so that you don’t have to.