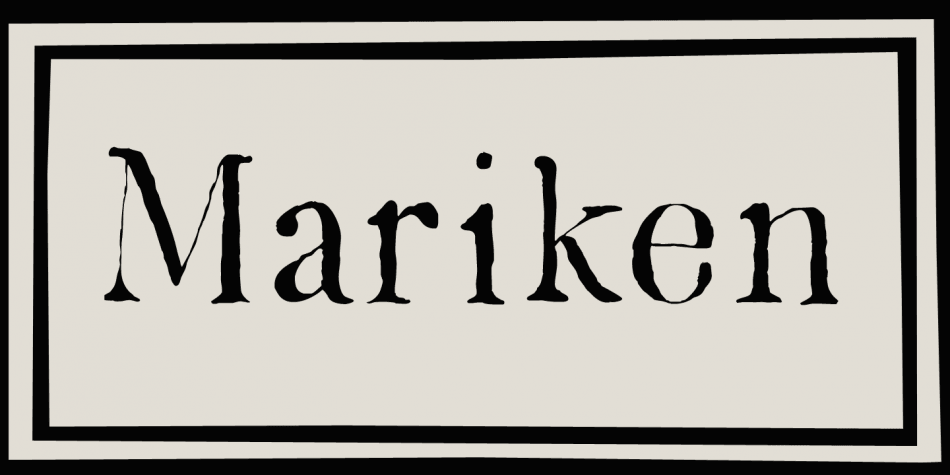 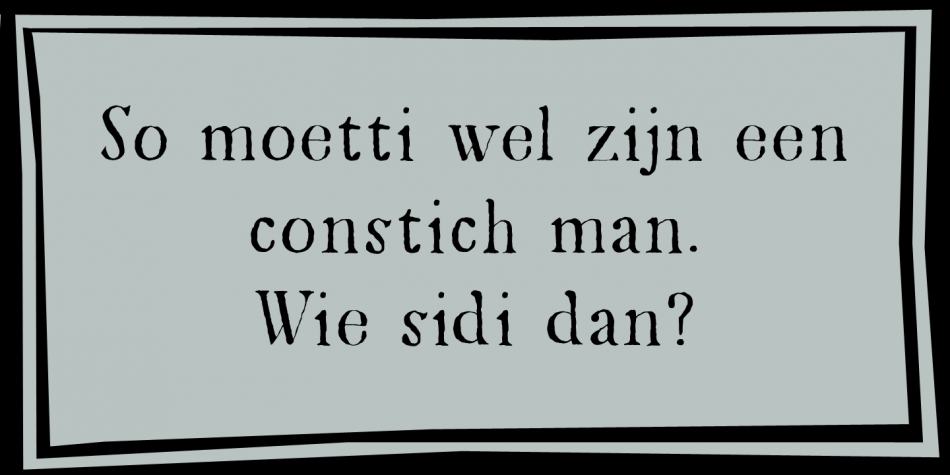 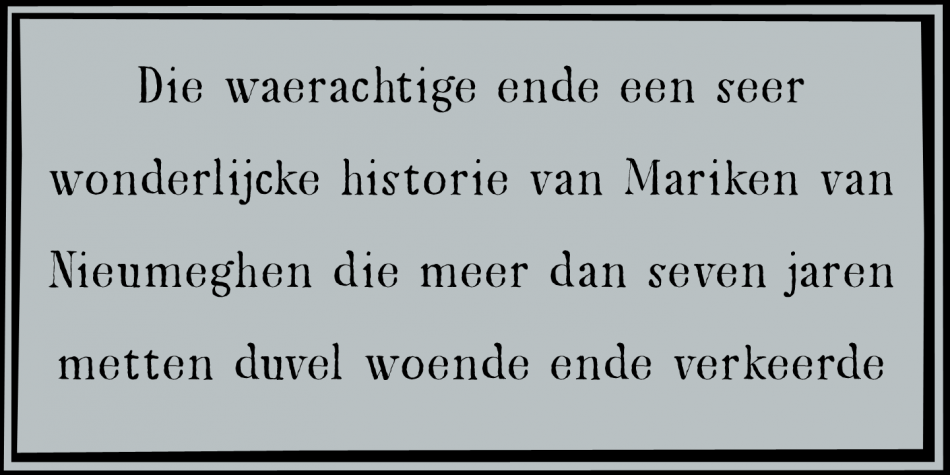 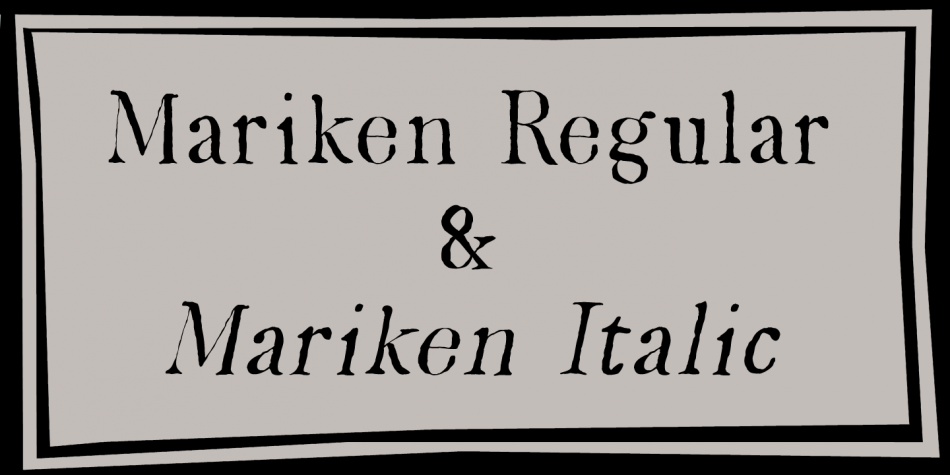 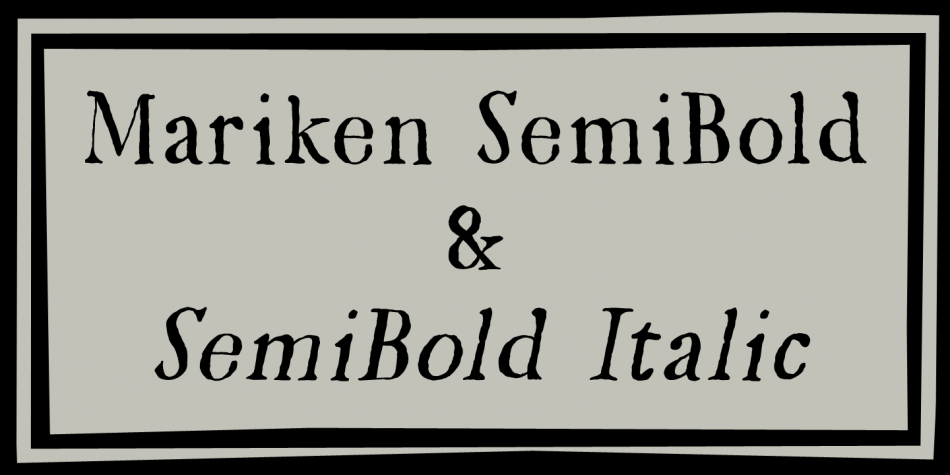 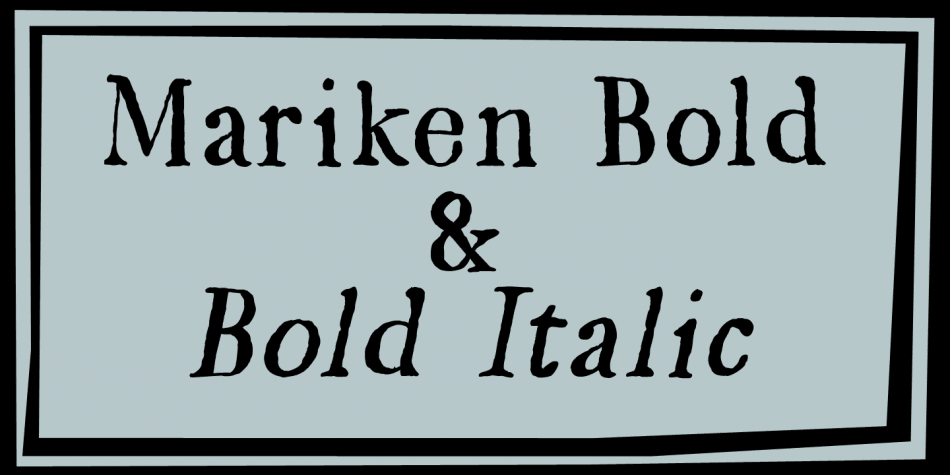 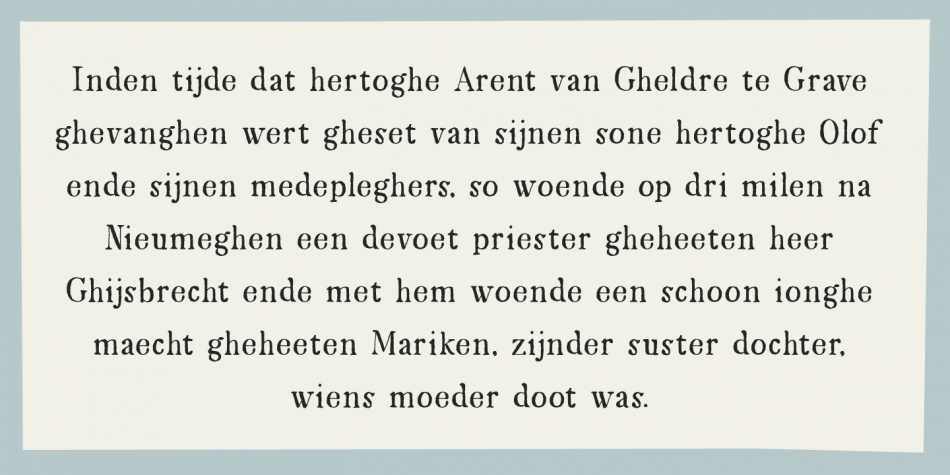 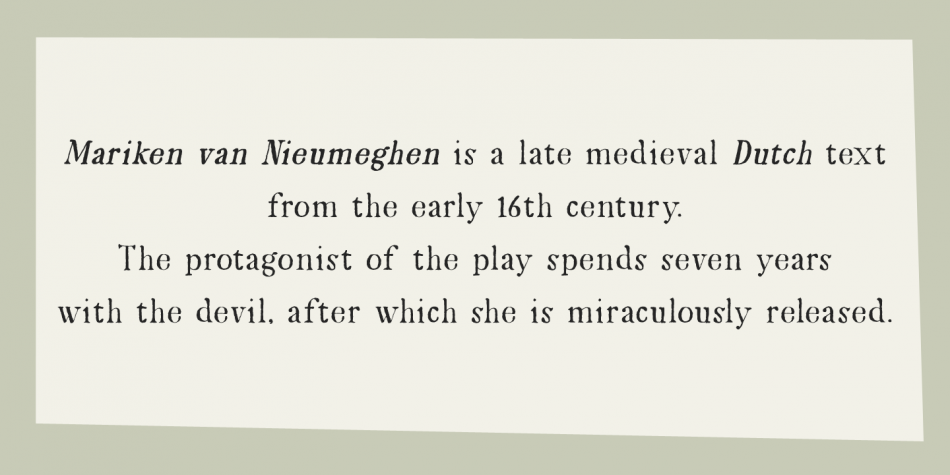 Designed by David Kerkhoff, Mariken is a display serif font family. This typeface has six styles and was published by Hanoded.

description: Mariken van Nieumeghen is a late medieval Dutch text from the early 16th century. The protagonist of the play (a young maid called Mariken) spends seven years with the devil (called Moenen), after which she is miraculously released.
Mariken font is a handmade font, which was based on the works of Robert Granjon (1545-1588), a French type designer and printer and my recent Halewyn font. Use it for product packaging, books and posters. Comes in 3 weights (with italics) and a hellish amount of diacritics.