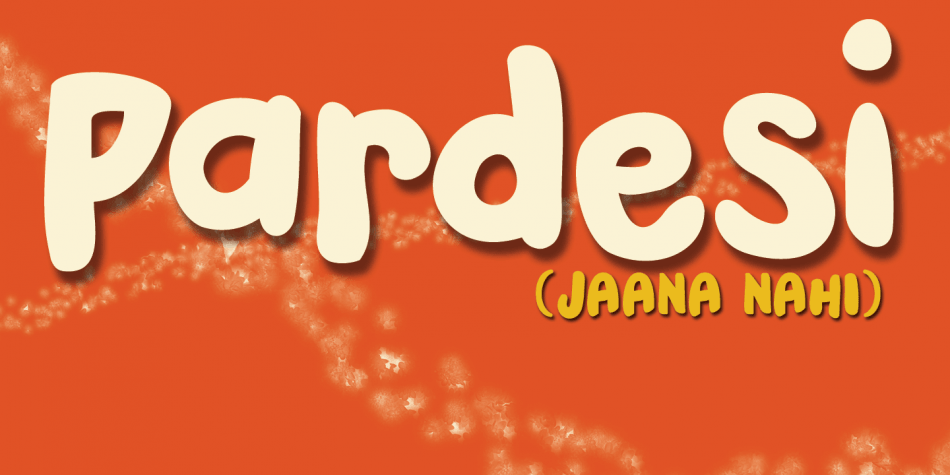 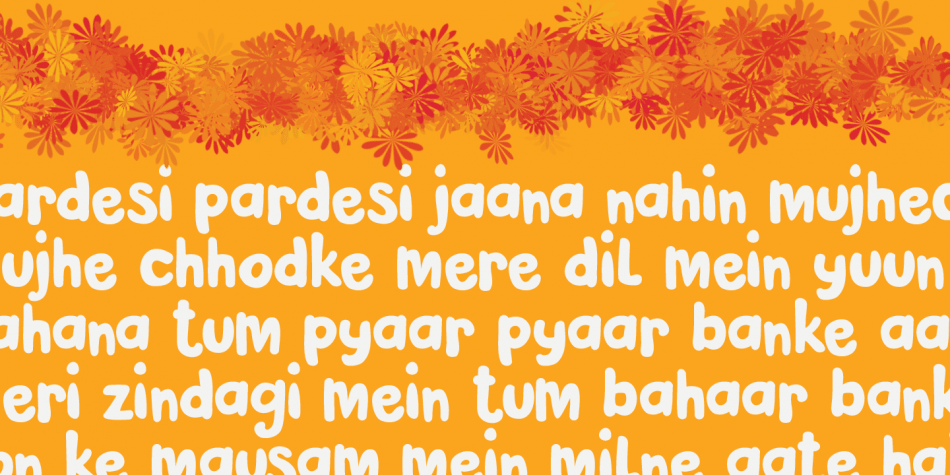 Pardesi is a comic and hand drawn font published by Hanoded.

Pardesi font is named after a song from Raja Hindustani, a 1996 Bollywood movie directed by Dharmesh Darshan. The lead roles were played by Aamir Khan and Karisma Kapoor. Together they sing: ‘Pardesi, pardesi, jaana nahi’, meaning so much as: ‘Foreigner, foreigner, don’t go’. I remember this song very well, as I was backpacking through India and Nepal at the time and it was played over and over again on all long distance buses I took.

Pardesi font is a fat, rounded, marker-pen font, ideal for books and posters. It comes with extensive language support.