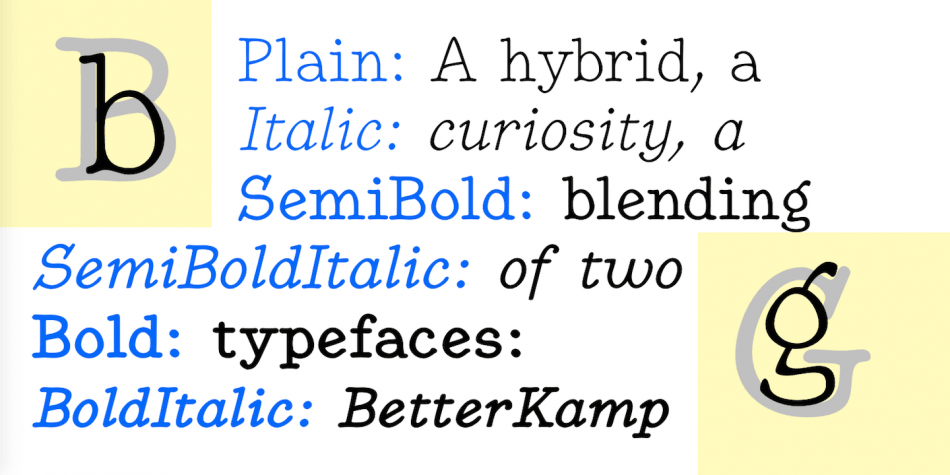 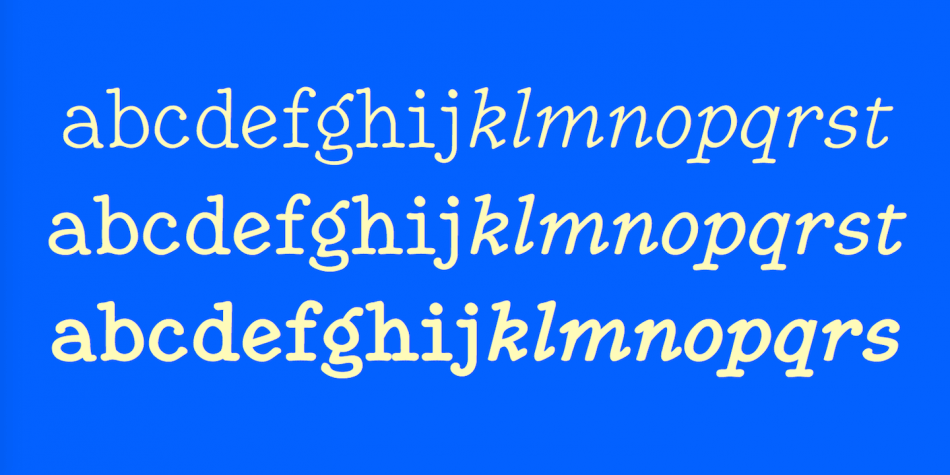 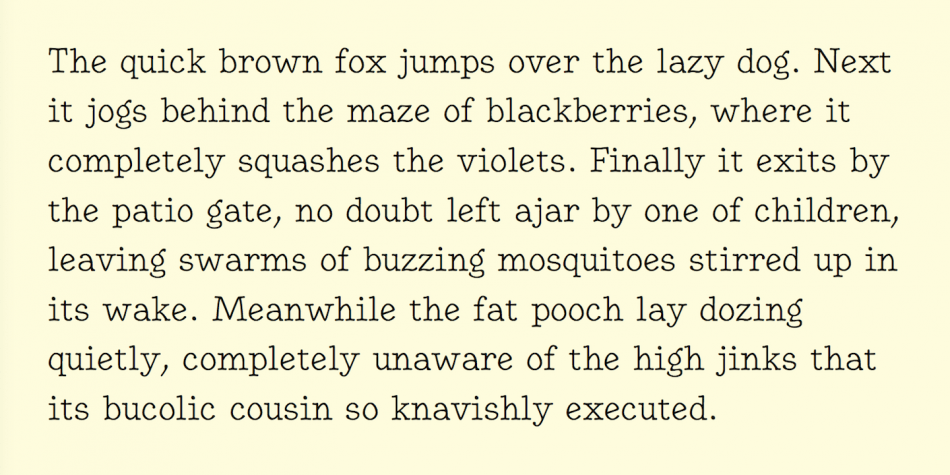 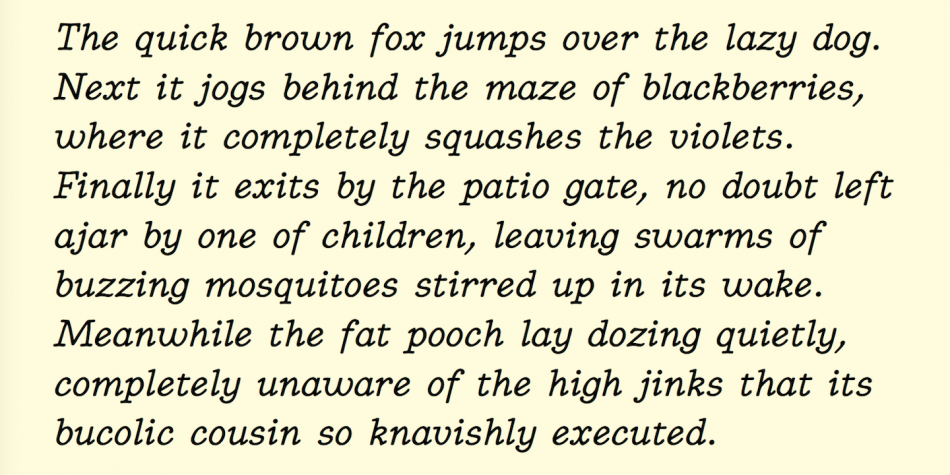 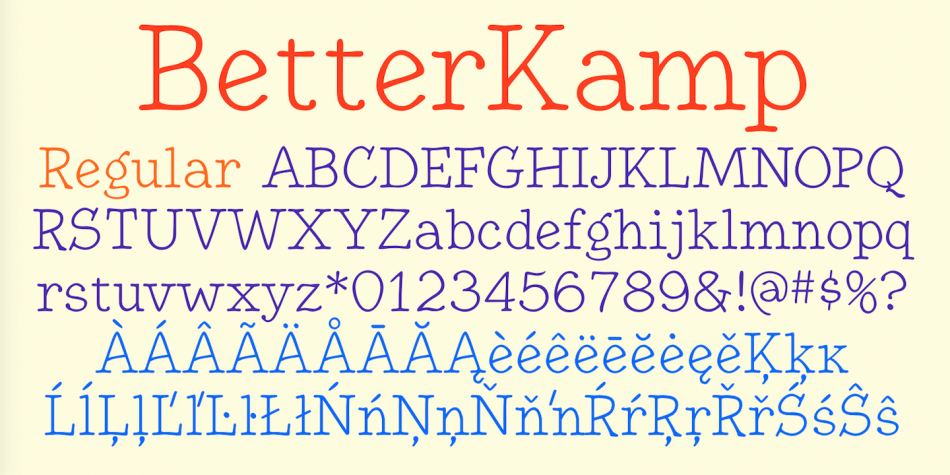 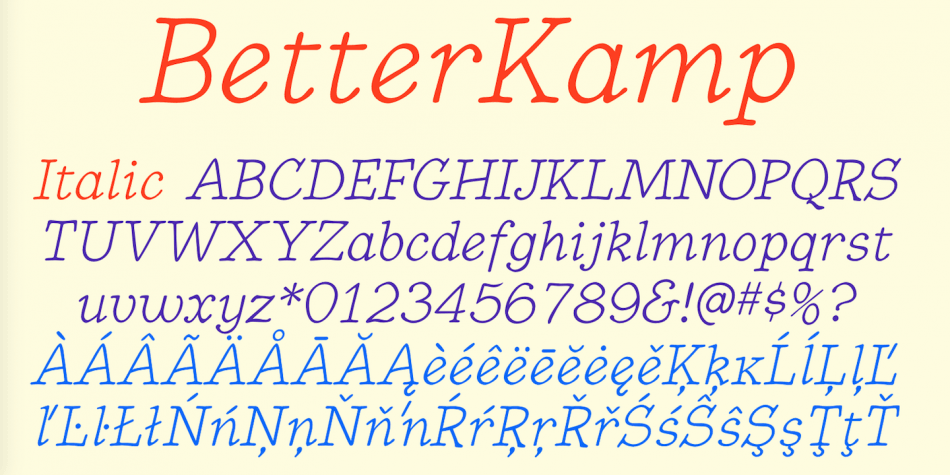 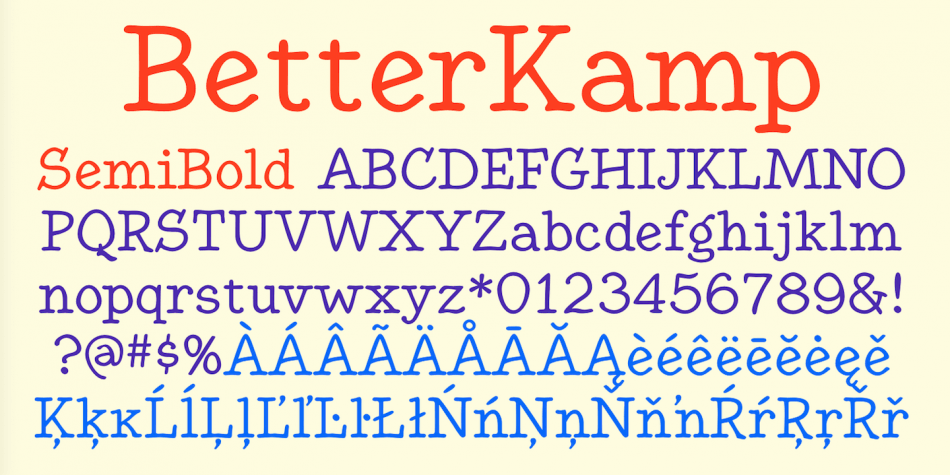 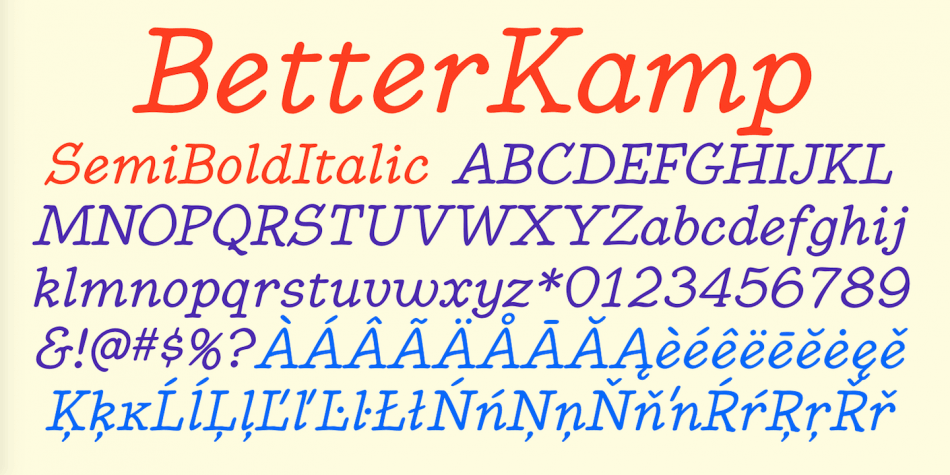 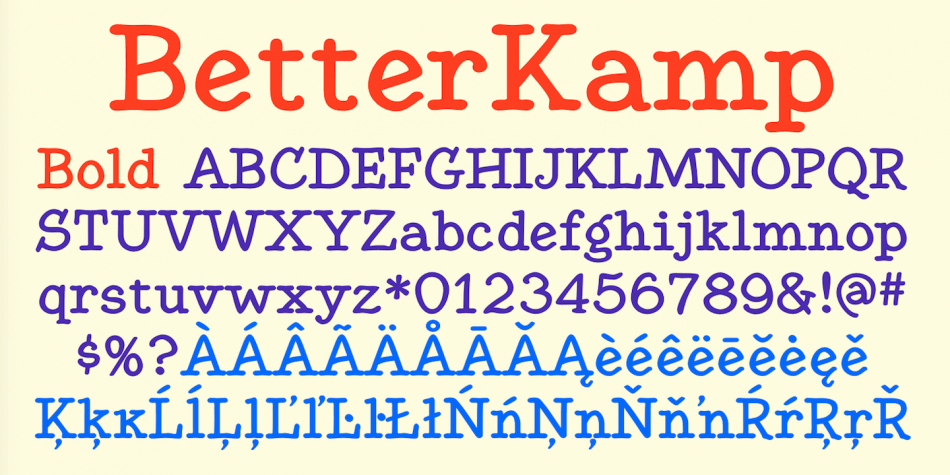 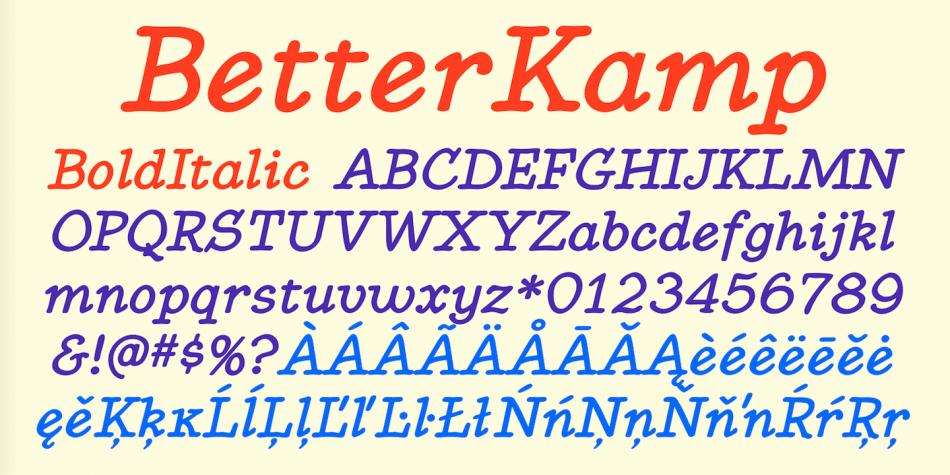 Designed by Robert Schenk, BetterKamp is a display serif, hand drawn and serif font family. This typeface has six styles and was published by Ingrimayne Type.

In the 1990s Adobe’s MultipleMaster technology introduced interpolation into font-editing programs. Although the obvious use of interpolation was to create an unlimited number of weights and widths for a font, interpolation could also be used to blend two different typefaces. BetterKamp is the result of such blending.  One parent, BetterTypeRight, was inspired by typewriter faces though it is not monospaced. It has little contrast and large, round serifs. The other parent, KampFriendship, mimics a serifed face drawn by hand.

BetterKamp was originally constructed in 1995-6. It was not constructed to meet any specific purpose but out of curiosity. The original blending had many oddities that I did not clean up until 2020. Like its parents, BetterKamp has very little contrast. It lacks polish and elegance, but it is very readable at small point sizes.