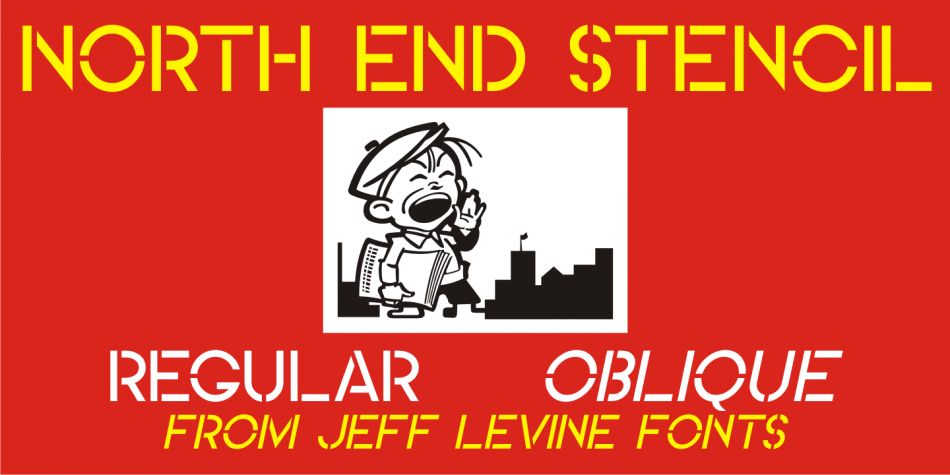 The original lettering was a hybrid of both stencil and solid letter forms, but for the digital version all of the characters were given the stencil treatment.

North End Stencil JNL is named after a district in London, and the type face is available in both regular and oblique versions.