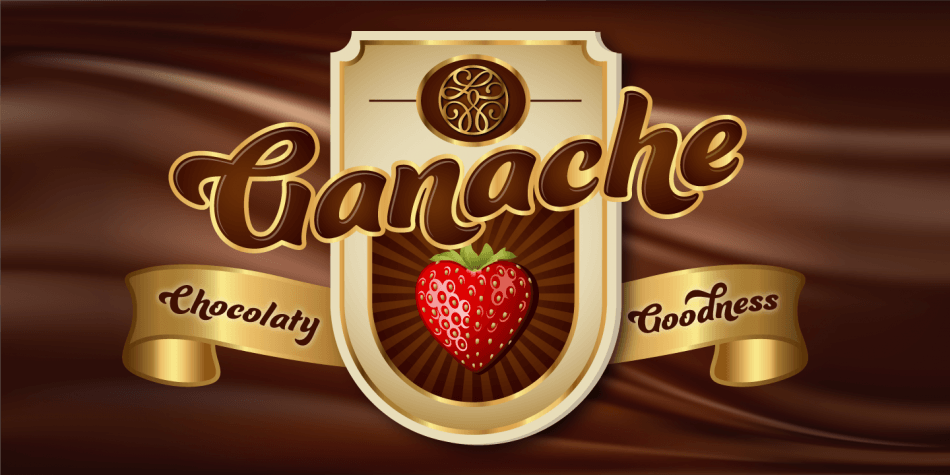 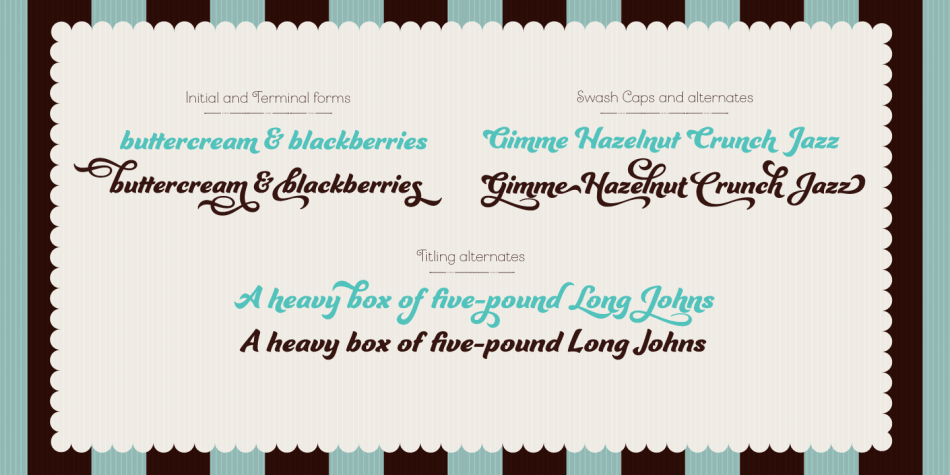 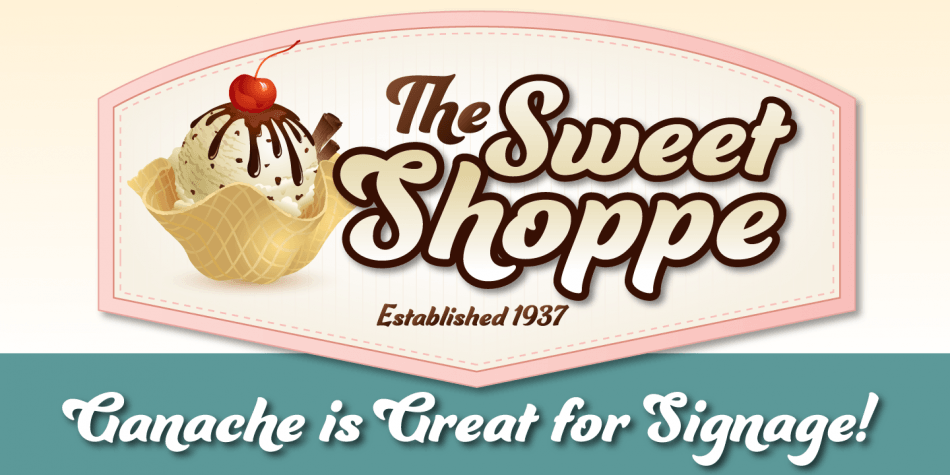 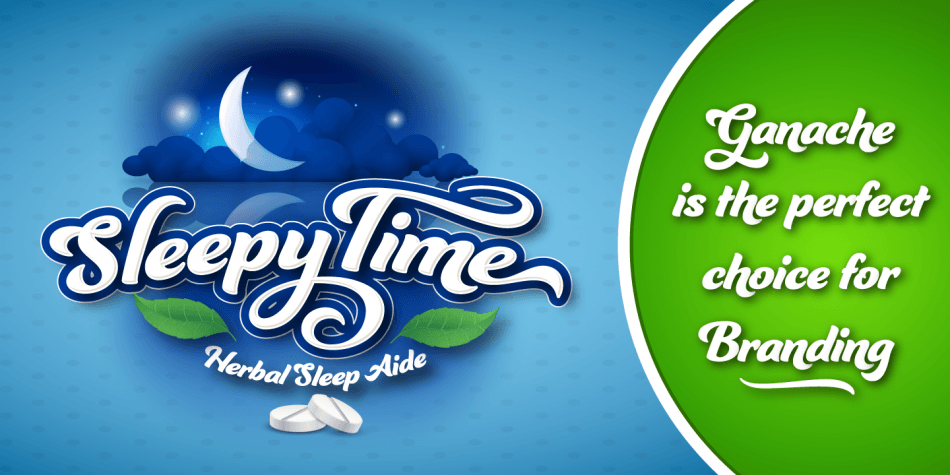 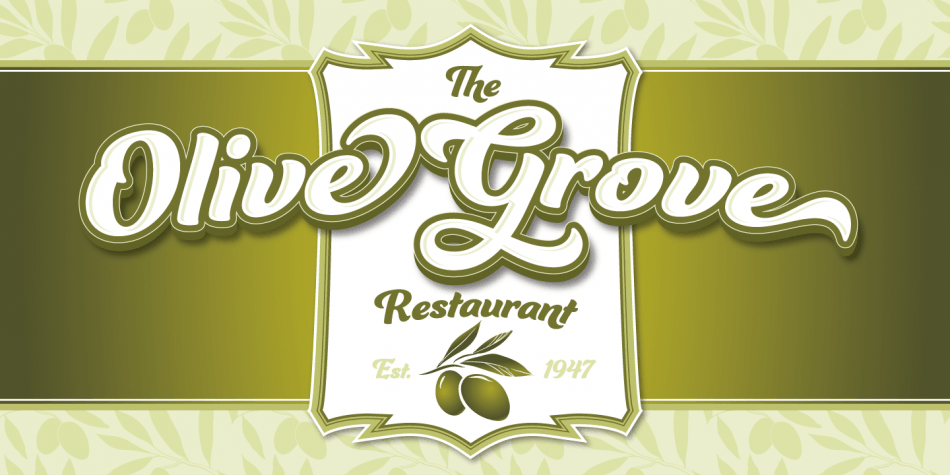 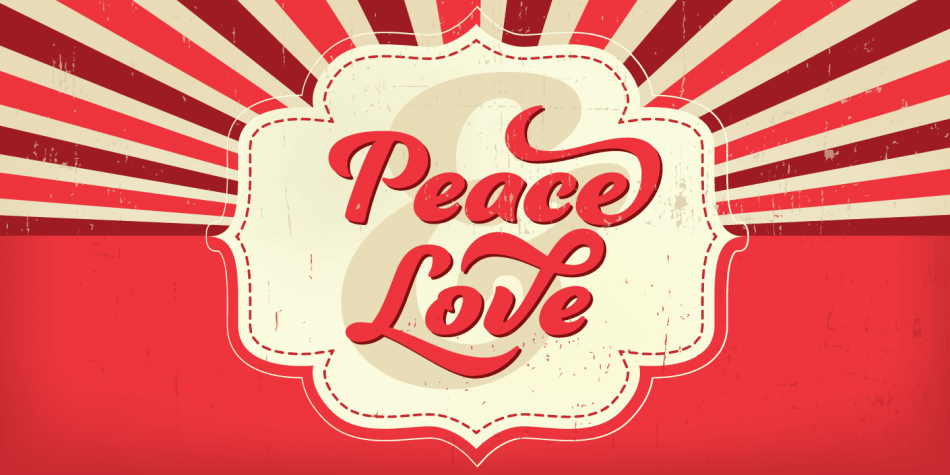 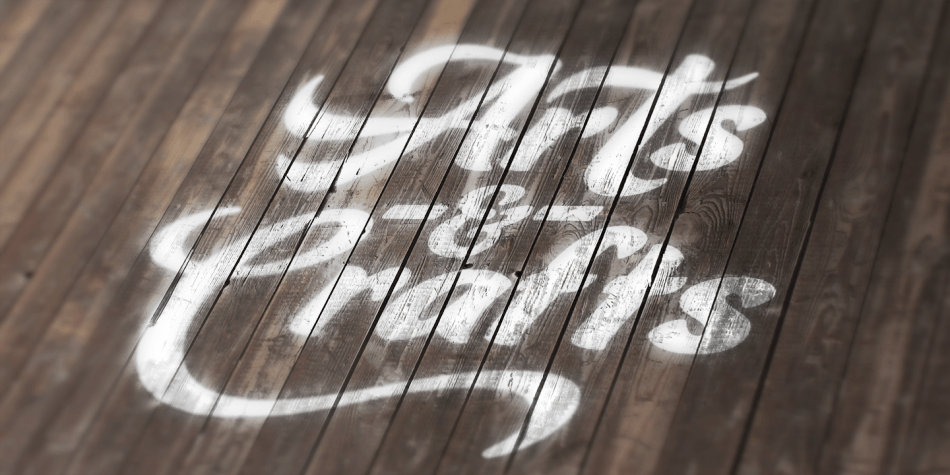 Ganache is a brush script font published by Laura Worthington. 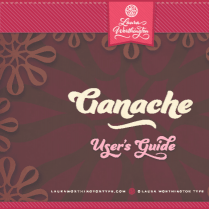 Ganache is a packaging script font, confidently walking the critical fine line between plain-Jane legibility—so essential to sales—and the overly complex brand personality, instead giving us a clear, cheery, eye-catching face with the appeal and style to stand out on any shelf or page.

We’ve come to expect delicious typefaces from Laura Worthington, but this one takes the cake. Like its chocolaty, creamy, yet sturdy namesake, Worthington’s Ganache is thick, rich, strong, but not weighty. It’s stylish, but not over-the-top. It calls attention to a product or company, enhancing but not dominating.

Round, sensual, and almost bouncy, it evokes marshmallows, butterscotch, gumdrops, mouthfuls of luscious frosted donuts, and deluxe, handmade little cookies lavished with thick, smooth filling. But Ganache, with its happy, warm, human touch, and its beautifully drawn spunkiness, will draw the eye to much more than food and beverages, and in your hands, will stand out in the noise of other products through its seductiveness and clarity, rather than with a loud voice.
Ganache is lovely and strong—not a true script, roman, or italic, but a distinctive hybrid. It’s smart, intricate, and fun, and deceptively simple. The type designer’s fascination with letter-fitting makes this an intriguing exercise in negative space. Note the lowercase suffix: ing. The swash of the n swings into the g’s negative space, and to a slightly lesser extent, the g slides into the negative space of the n. Sit a d and a b side by side, and these two sturdy, functional letters form a soft, sweeping curve in between—a delightful morsel.

The uppercase letters are boldly stylish, and here, some of the counters display unexpected shapes. The O’s curlique tucks in to give the counter a form with the power to anchor a logo. The lowercase c echoes this in its counter. Between some letters, the negative space is transformed into a type of swash itself. Small, subtle surprises like these are sprinkled through this carefully structured typeface, giving it the power and charm to hold up in reversed out lettering (light on dark) in which the counters take on more prominence.

Ganache surmounts the core challenge of packaging: to achieve functional goals without the loss of interest that makes a product invisible. It finds a happy balance: a heavy, substantial text that isn’t dainty or wispy, one that says, “I’m over here!” with a dollop of sweetness and an enticing little wave.

Ganache is accompanied by 185 swashes and alternates and 10 ornaments. The default has its distinctive “swashyness,” stylized but not extreme. OpenType’s Titling feature offers a simpler version, in which, for example, crossbars have a more standard roman look, and remnants of swashes are removed.