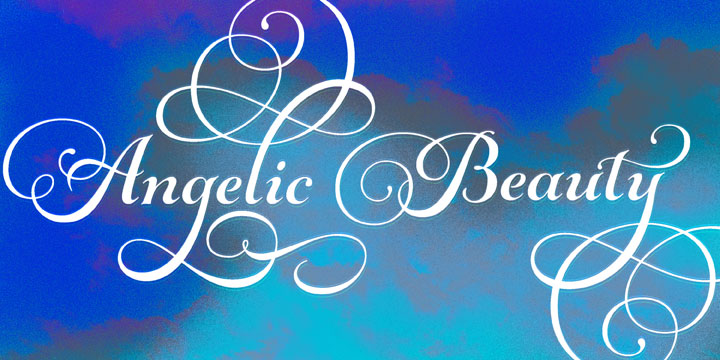 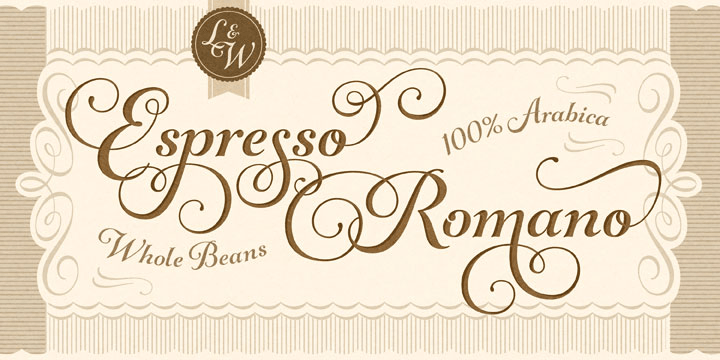 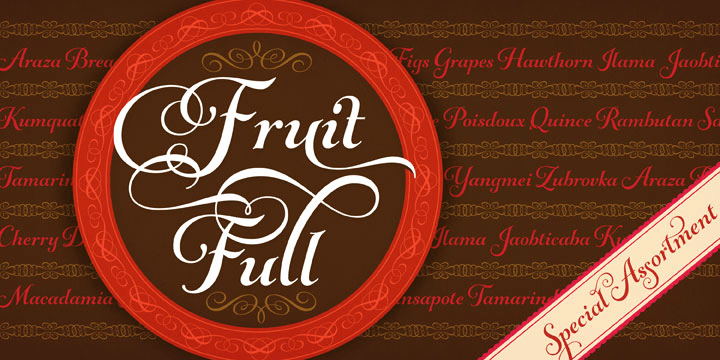 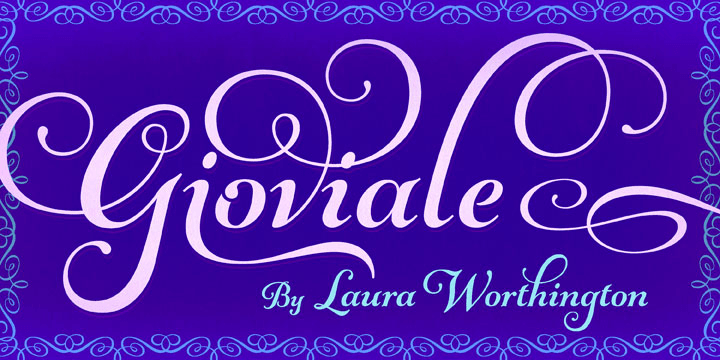 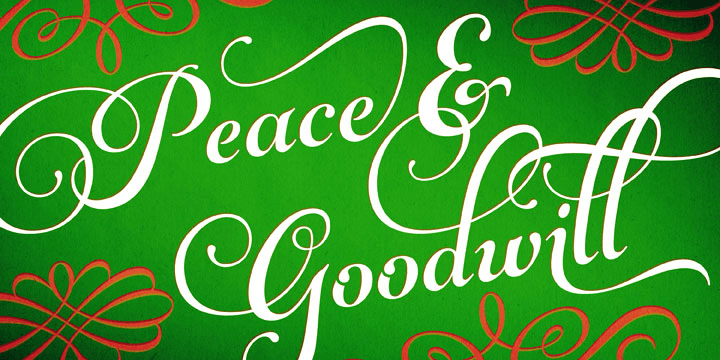 Gioviale is a script font family. This typeface has two styles and was published by Laura Worthington. 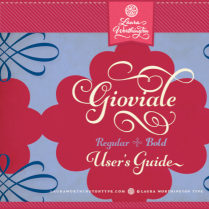 Graphic designers with a lust for lettering are constantly seeking scripts balanced neatly on the sweet spot suited for exuberant editorial work and messages of cheer. Neither frivolous nor strict. My typeface, Gioviale, satisfies that need.
Your work may call for a script that is handsome without being overly formal, that is merry, playful, and, like a good Italian pastry dough, hasn’t been overly handled until it is left stiff and flat. Use Gioviale to create something tasty, al dente, a touch ornate yet fluent and full of life. Its versatility is exemplified in its greater readability at small sizes compared to other scripts, as well as the included alternates and swashes.
Scripts with a hand-lettered look often take on one of two personalities. Some are formal, with heavy flourishes that threaten to sacrifice readability. They are regal, make a statement, yet are so meticulously constructed that they seem chiseled in stone and inflexible. But, oh how exquisitely beautiful they can be.
What’s the usual alternative? Italic text faces. Though modern and readable, with the little twist that italics carry, they can have a manufactured appearance, a mass-market profile that robs your work of the personable quirkiness of the handmade and unique. But, still, they cast a respectable, clean, and professional profile.
What inhabits the space between these, an uncompromising tool that, in your hands, conveys conviviality, grace, and spunk?
Gioviale glides in to fill that formerly scanty typographical niche, a hybrid of an italic text face and a script, flowing with flair and elegance, and, somehow, carrying just a hint of tailored and clean, structured underpinnings. It reveals that elegance needn’t be serious, just the result of serious craftsmanship.
Indeed, Gioviale was inspired by a simple and spontaneous burst of joy in my own craft. Conceptually, my process was reflected precisely in the outcome, perhaps because it mirrors my own personality in so many ways. Despite the due diligence required, this typeface came more easily and naturally to me than virtually any other I’ve created. The heart of it burst onto the page breathtakingly fast compared to my other typefaces.
I wanted the look of a roman italic without pausing to build a roman counterpart (perhaps I’ll design one in the future). I looked to the Italian Didones, popularized by Didot and known for their very high contrast thin thins and thick thicks. True to its nature, Gioviale is a less serious interpretation of the Didones, and its uppercase letters are a departure from classic precursors.
Gioviale includes a User’s Guide, 1008 glyphs, an entire alternate set of swash caps, 20 ornaments, 20 discretionary ligatures, and an unusually high number of swashes (300), which include a standard uppercase set for more traditional text settings, and a swash uppercase set which are even more flourished. Why not? To joy!