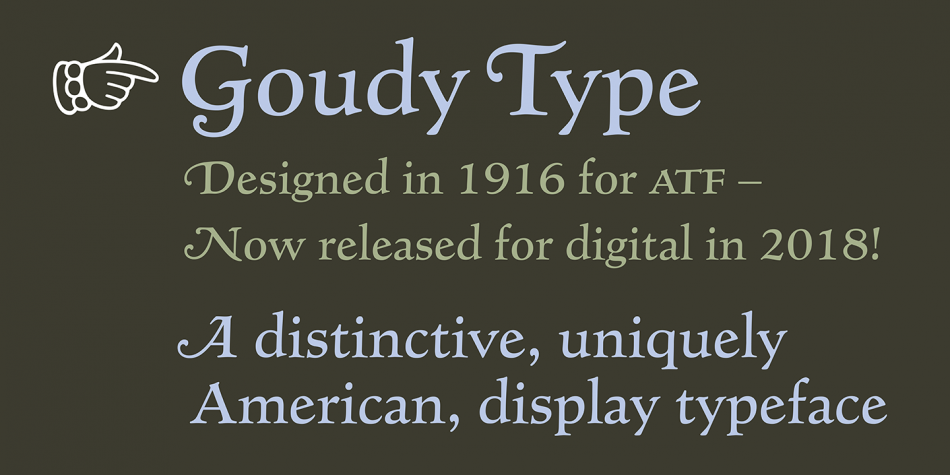 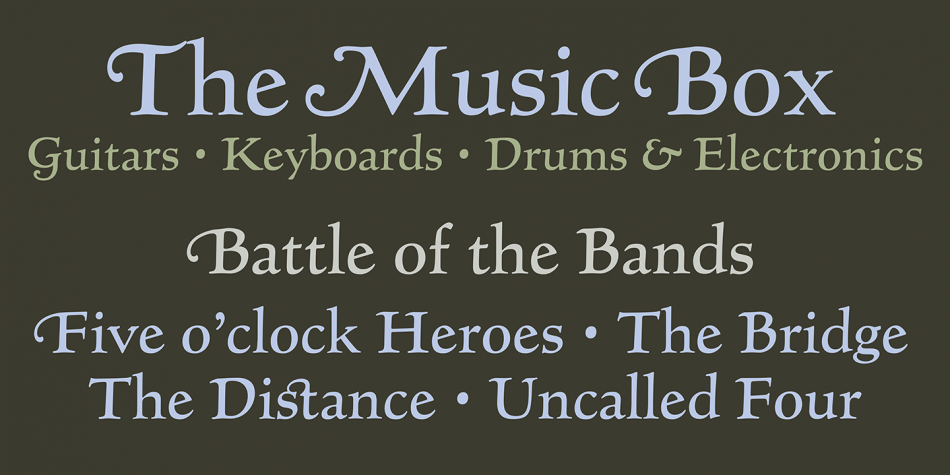 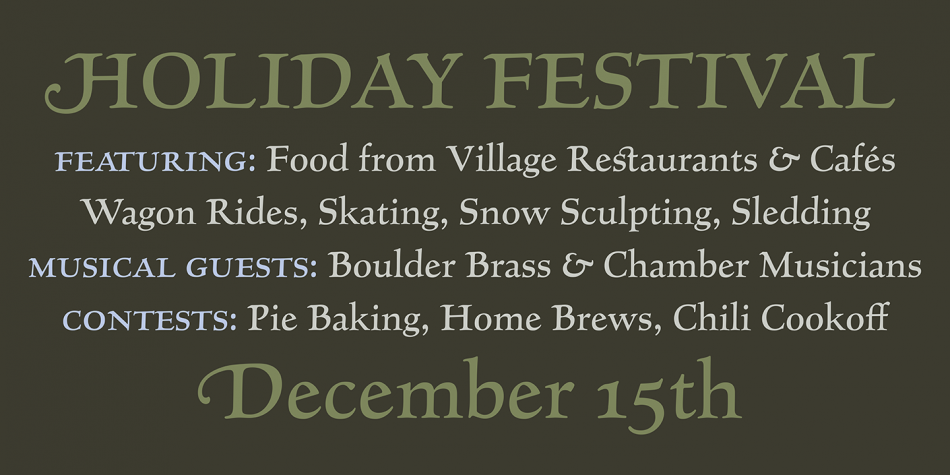 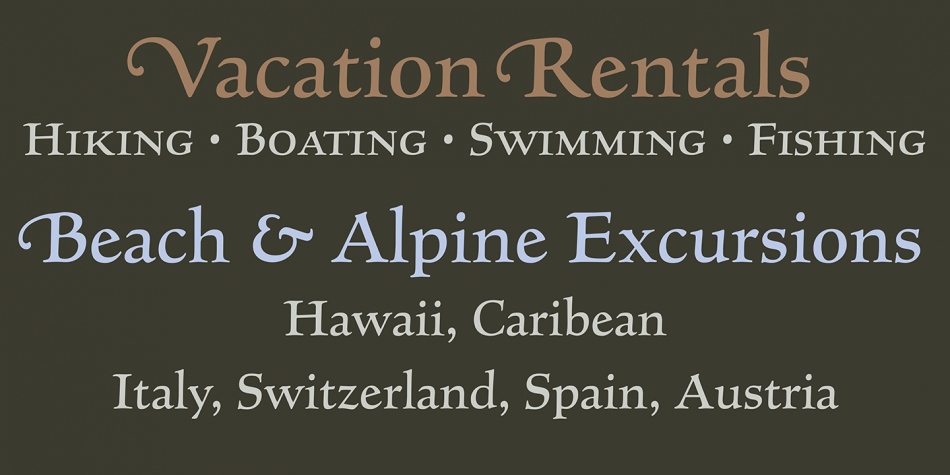 Goudy Type is a serif font family. This typeface has four styles and was published by Matteson Typographics.

Goudy Type is a revival of Frederic W. Goudy’s design for ATF in 1916. He endeavored to create a lively design with some brush-lettering qualities. In his words, he believed he was still attempting to ‘find himself’ as a designer. Thirty years later he was shown the design and could hardly recollect its creation. Steve Matteson has digitized Goudy Type to preserve its place in typographic history. In 2021 Goudy Type bold, italic and bold italic have been added to expand the utility of this unusual and rare typeface.