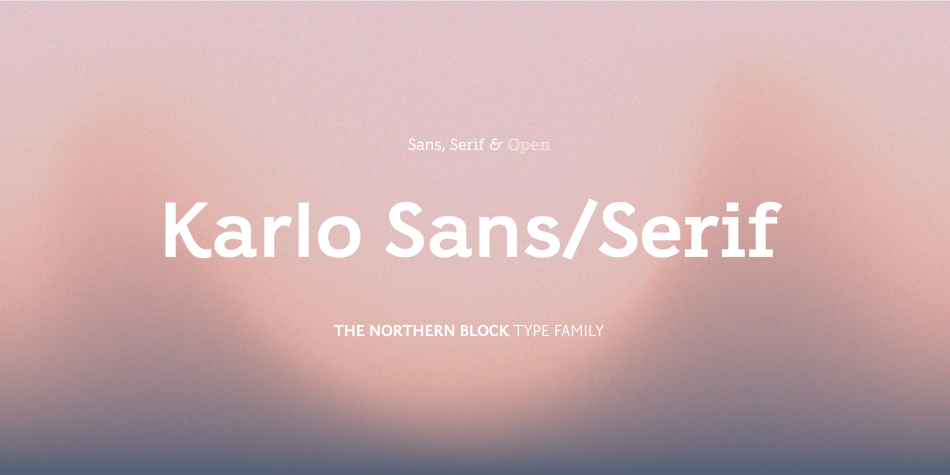 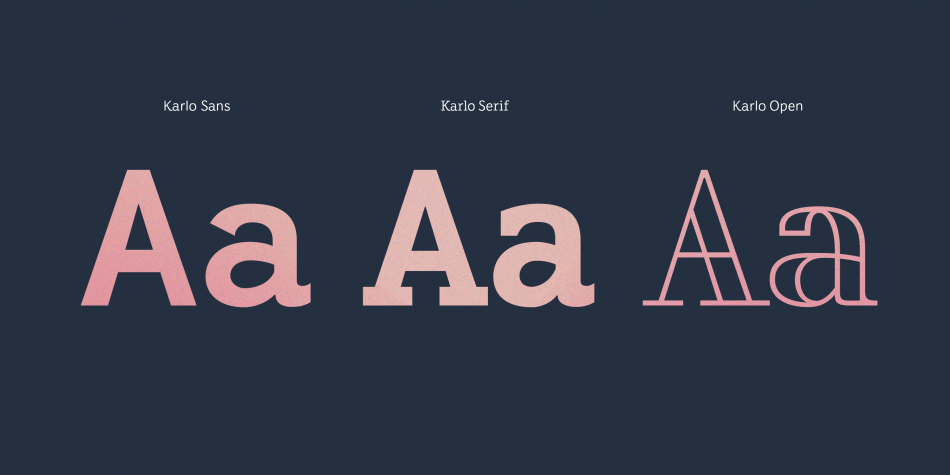 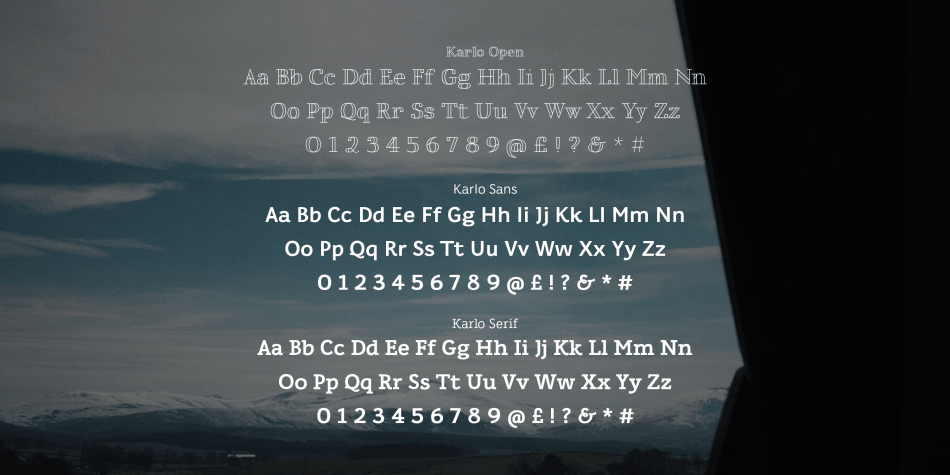 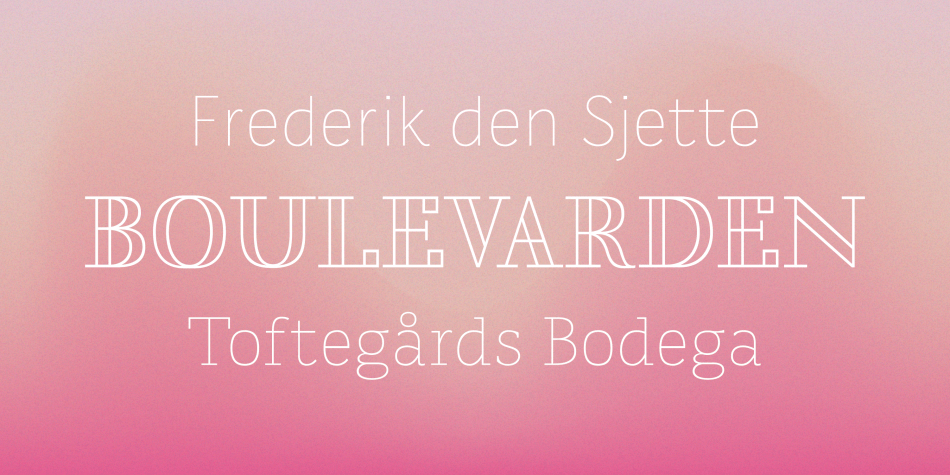 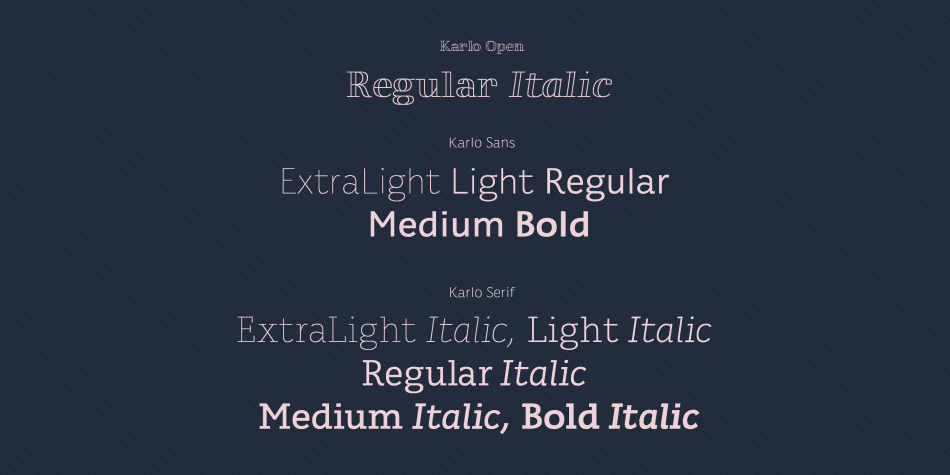 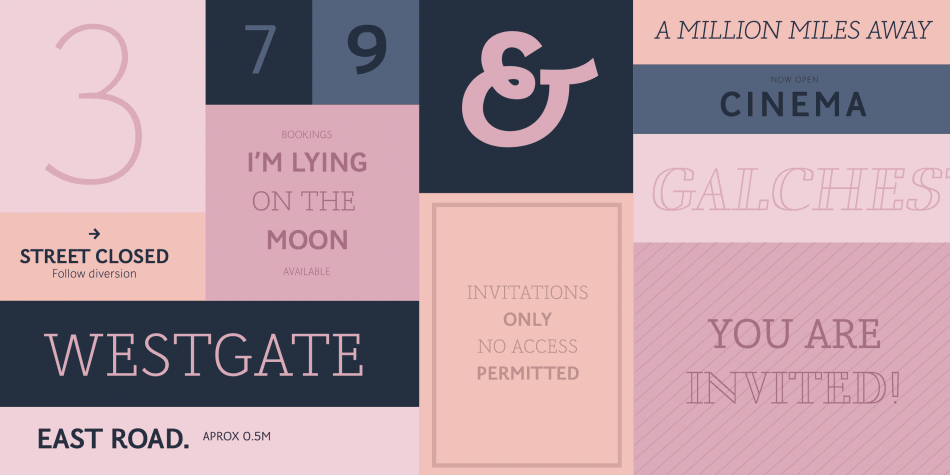 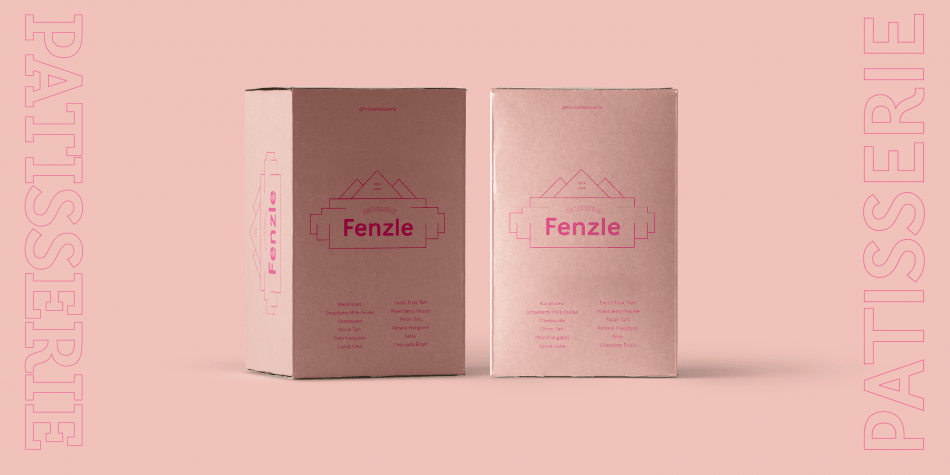 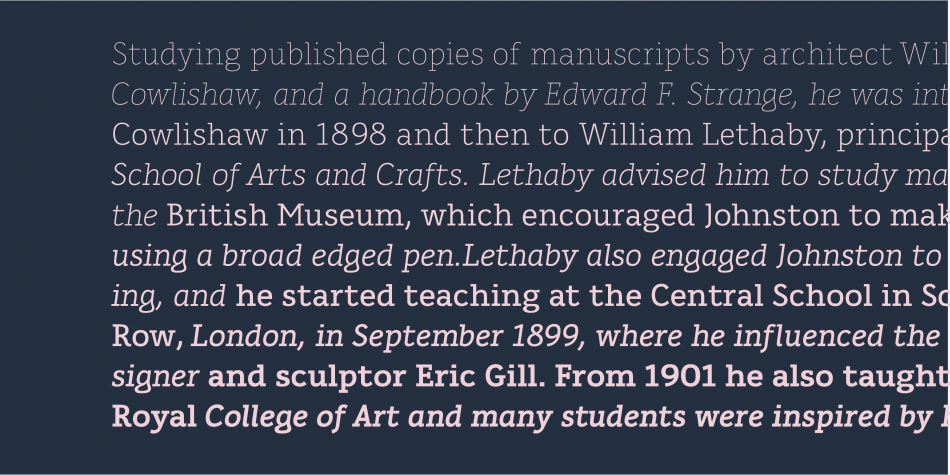 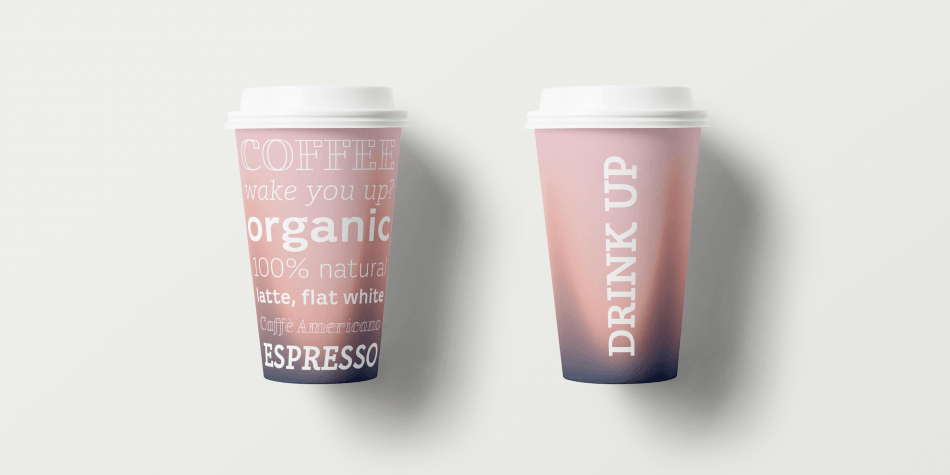 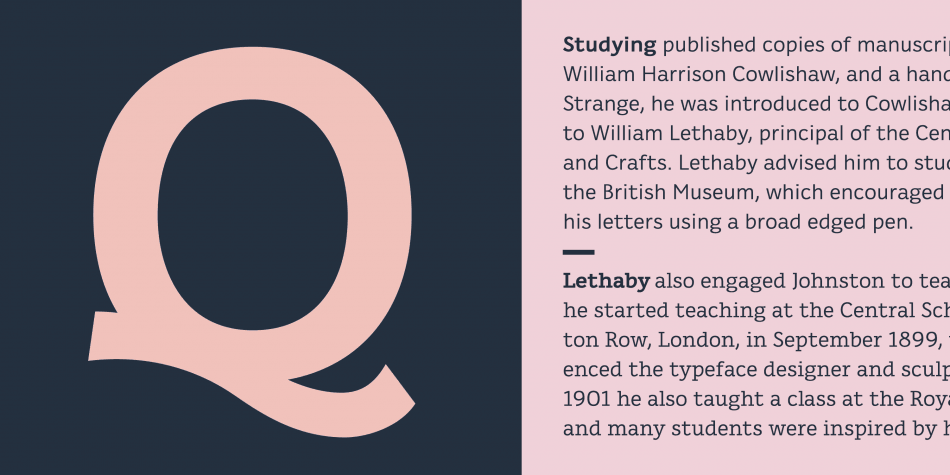 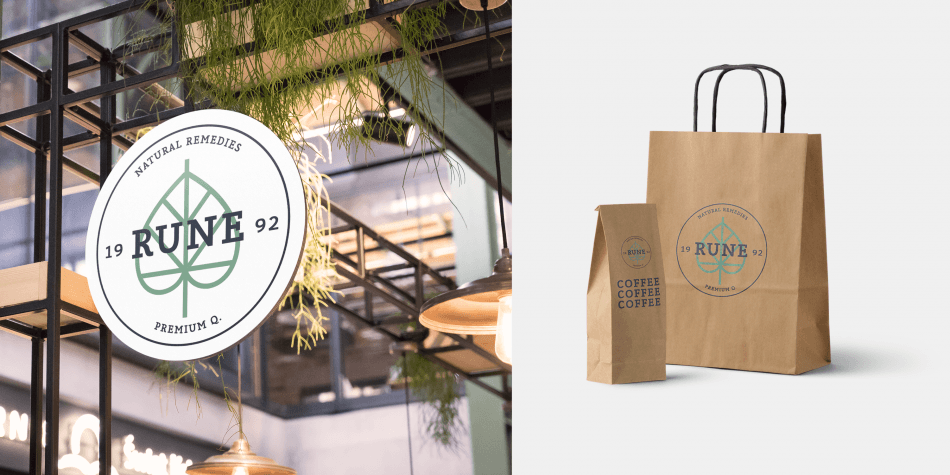 Designed by Sofie Beier, Karlo is a sans serif, slab serif and display serif font family. This typeface has twenty-two styles and was published by The Northern Block.

Karlo is a super family of several branches, originating in the same lightweight skeleton. The lightweights are based on a pen of an even stroke-width.

Inspired by the writings of calligrapher Edward Johnston, the family moves on in two directions in the heavier weights. Johnston demonstrated that the broad nib pen can produce different writing styles. Following this, one heavy weight has a humanistic low stroke contrast (Karlo Serif Bold and Karlo Sans Bold), and another has a high stroke contrast of vertical axis with references to the 19th century jobbing typefaces (Karlo Open). The latter is inspired by Johnston’s demonstration of the broad nib pen, where he suggested fastening two pencils together. With each pencil representing an edge of the pen, it becomes more evident how the pen works in writing.

The friendly informal look makes Karlo Sans and Karlo Serif usable for both running text and for display sizes. Karlo Open, on the other hand, is solely designed for display purpose showing few words at a time.

In Denmark, a guy named Karlo would typically be an old fellow with a slick hairstyle that makes an effort with his appearance. He is a handyman who can do a bit of this and that when needed. He is a happy go lucky kind of guy that takes one day at a time. To me, the typeface family has some of the same qualities.