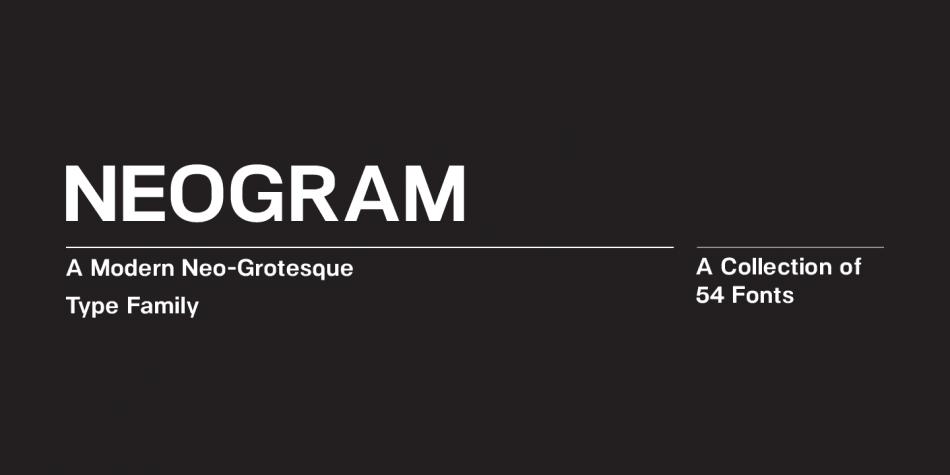 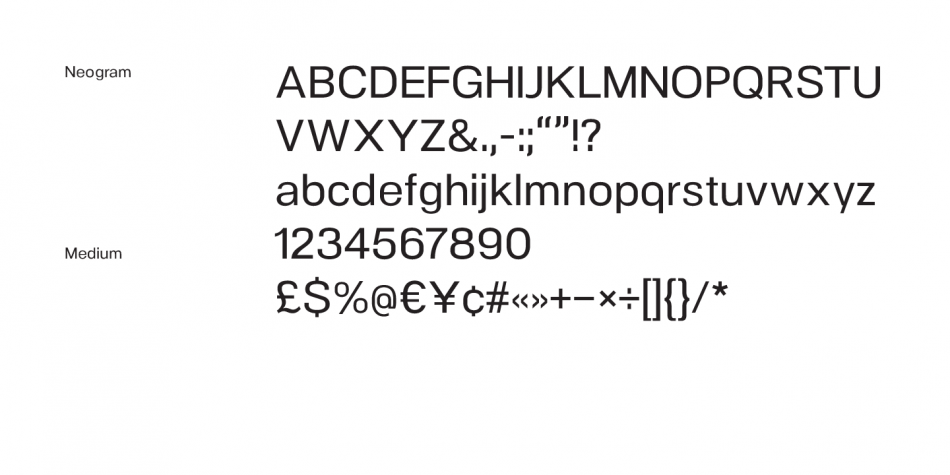 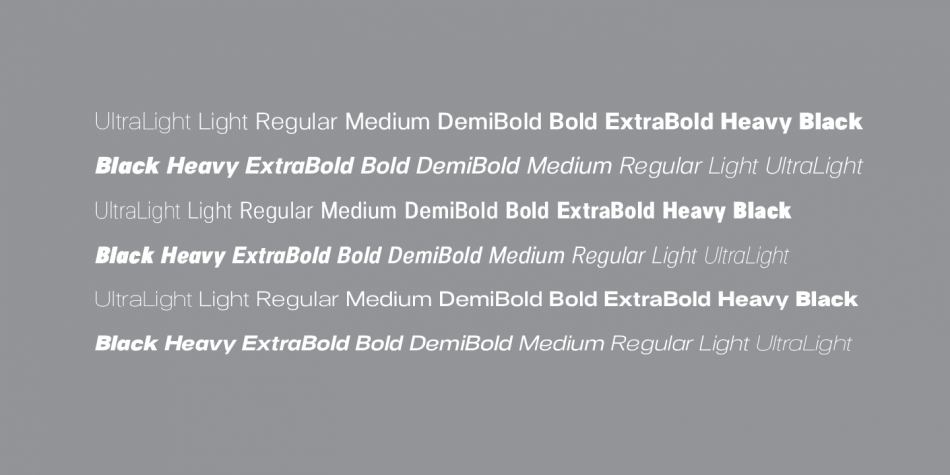 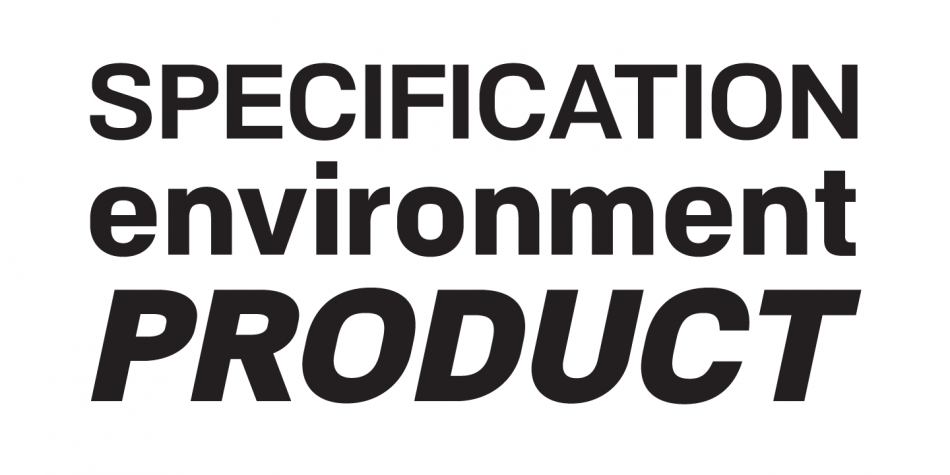 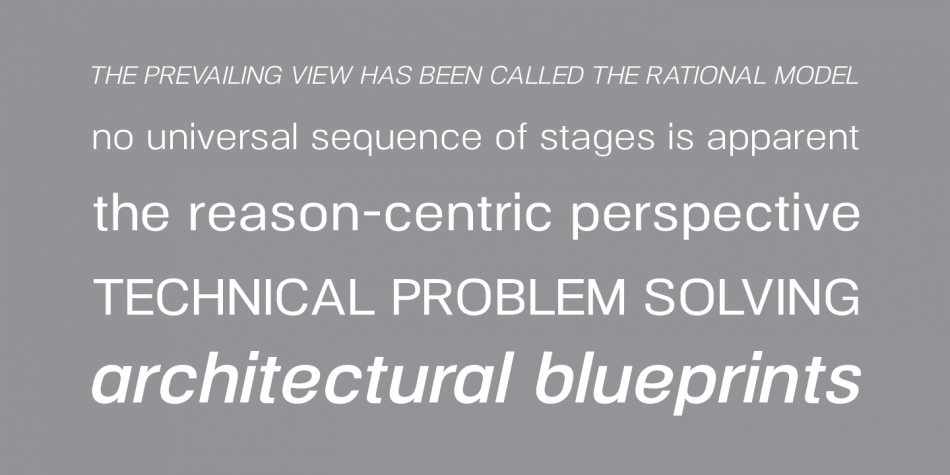 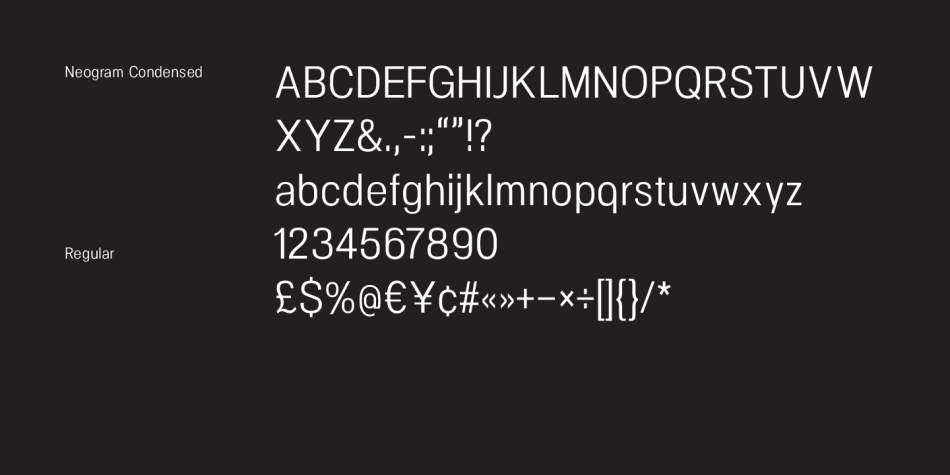 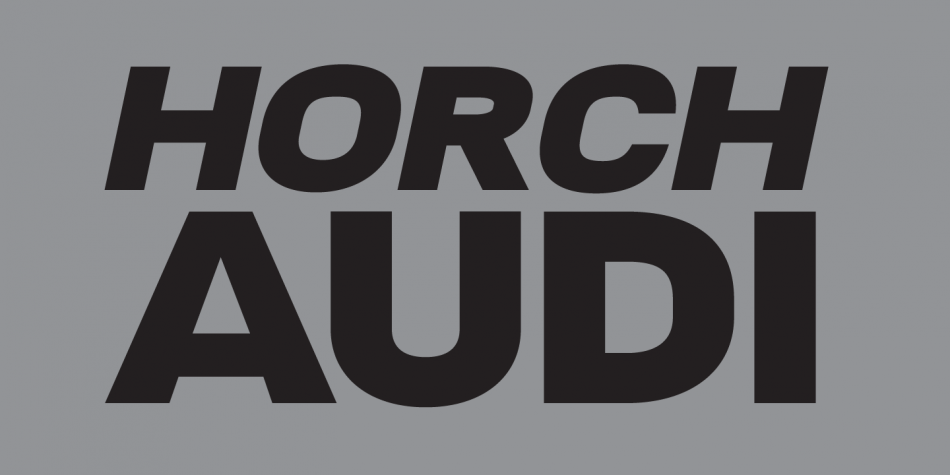 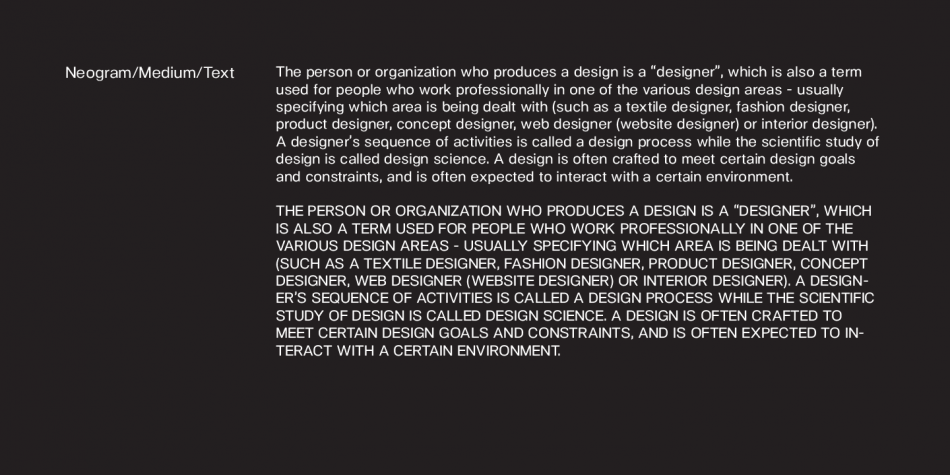 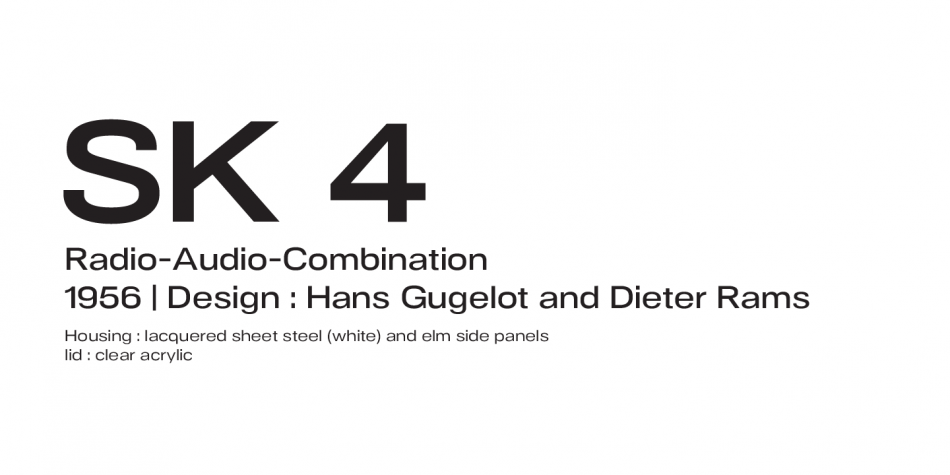 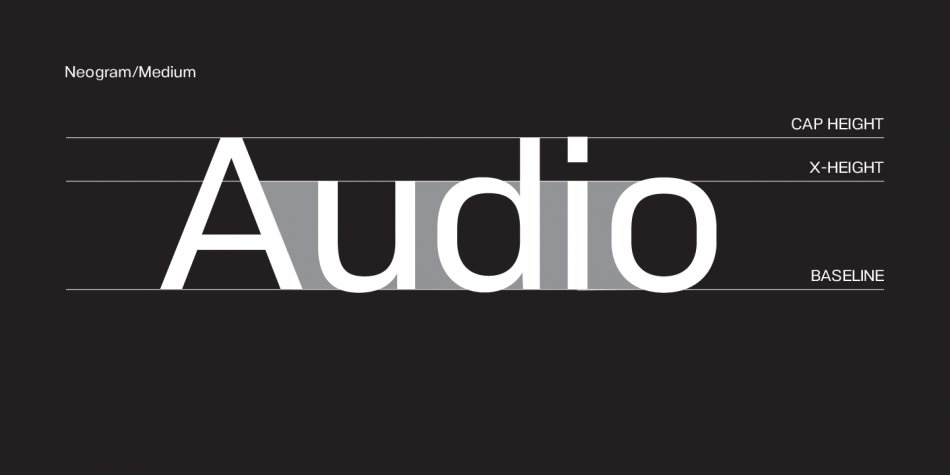 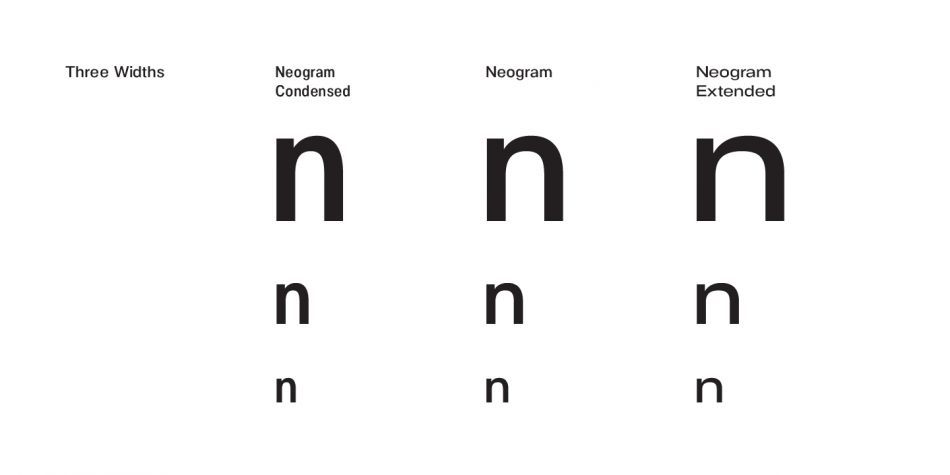 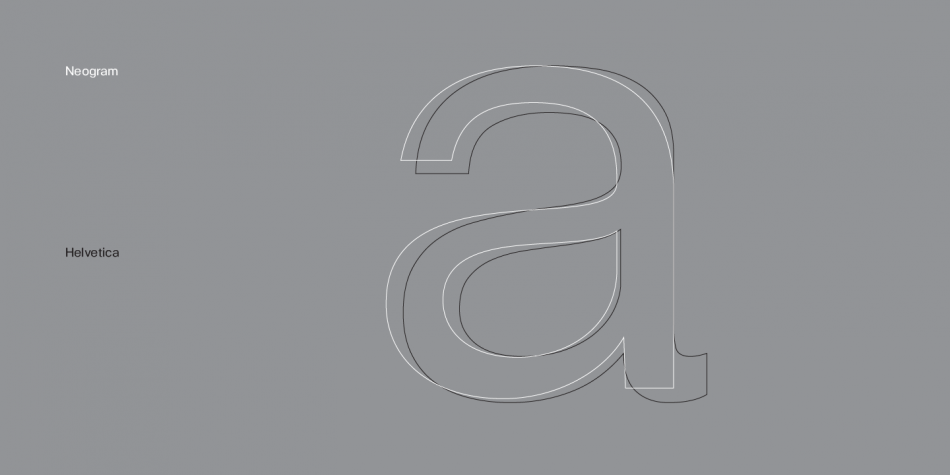 NeoGram is a sans serif font family. This typeface has eighteen styles and was published by The Northern Block.

Neogram is a modern neo-grotesque type family inspired by the early roots of Swiss design. The concept was to create a neutral typeface that would demonstrate great clarity of form while been understated in it’s intended use and application. Stroke contrast is slightly increased, with a more geometric style letter shape giving a warmer and stronger personality. Details include nine weights with matching italics, three variable widths, 540 characters, five variations of numerals, Opentype features inferiors, superiors, fractions, case-sensitive punctuation, and language support covering Western, South and Central Europe.