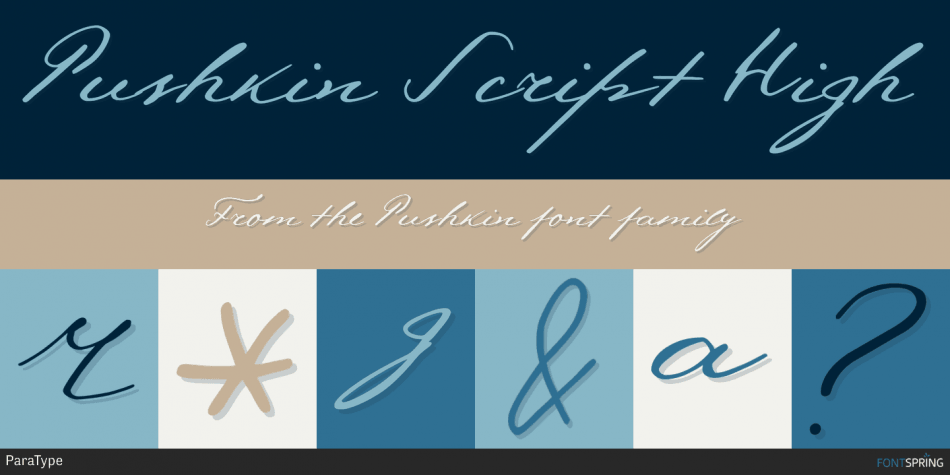 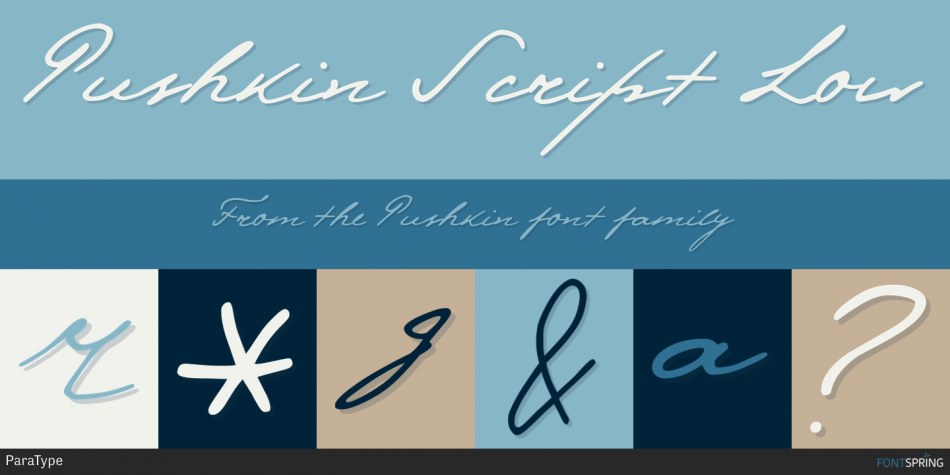 Designed by Gennady Fridman, Pushkin is a hand drawn, historical and script font family. This typeface has two styles and was published by ParaType.

Designed for ParaType in 1999-2004 by Gennady Fridman. Pushkin type family is based on the autographs of Alexander Pushkin, the eminent Russian poet (1799-1837). Alternative letters typical for Pushkin’s hand are included. There are several variants of Pushkin’s hand. Pushkin Script in 2 styles was based on the manuscripts of 1815 and covers Western and Russian character sets. Pushkin One was developed on the basis of thoroughly written documents. Pushkin Two imitates small but nevertheless rather legible hand. Pushkin Three in 2 weights was created on the basis of the autographs distinguished by sprawling hand. Pushkin One, Two and Three series covers just a Russian character set. This set of Russian fonts was amended by Pushkin French font that is based on French writings and covers Western character set.