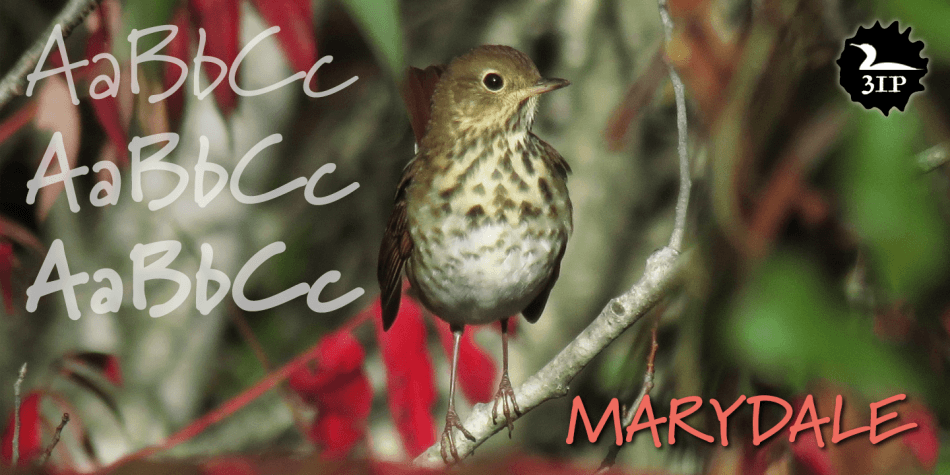 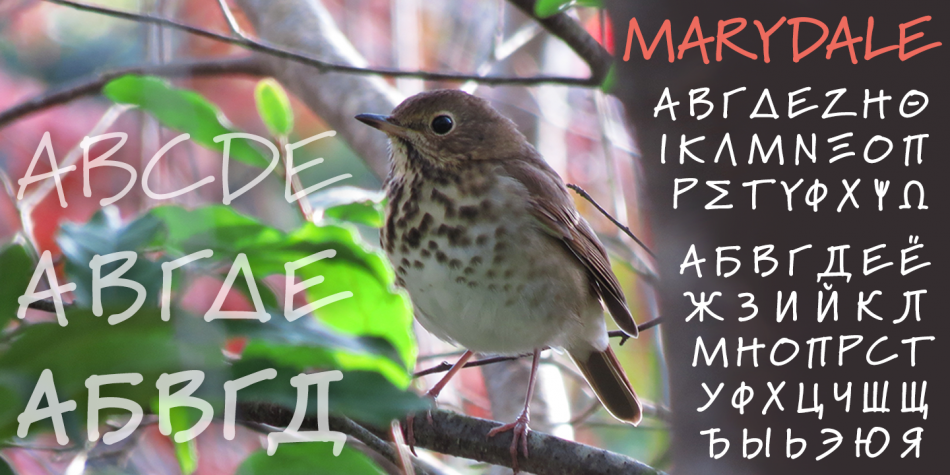 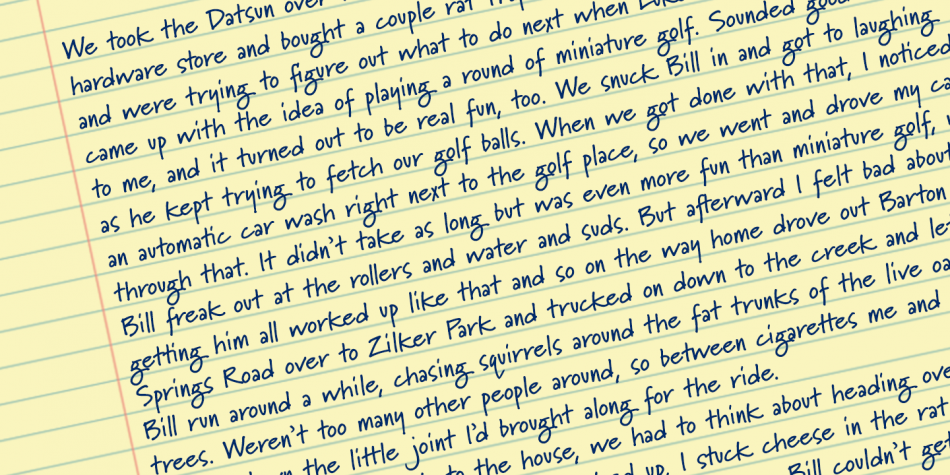 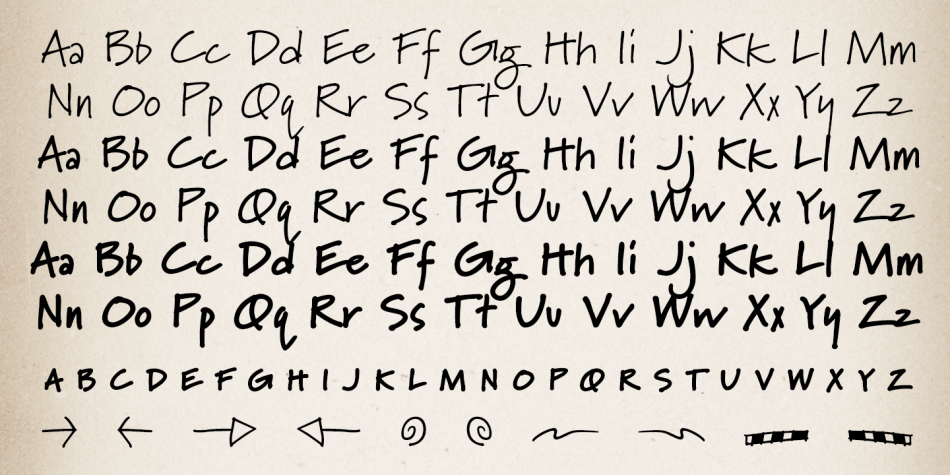 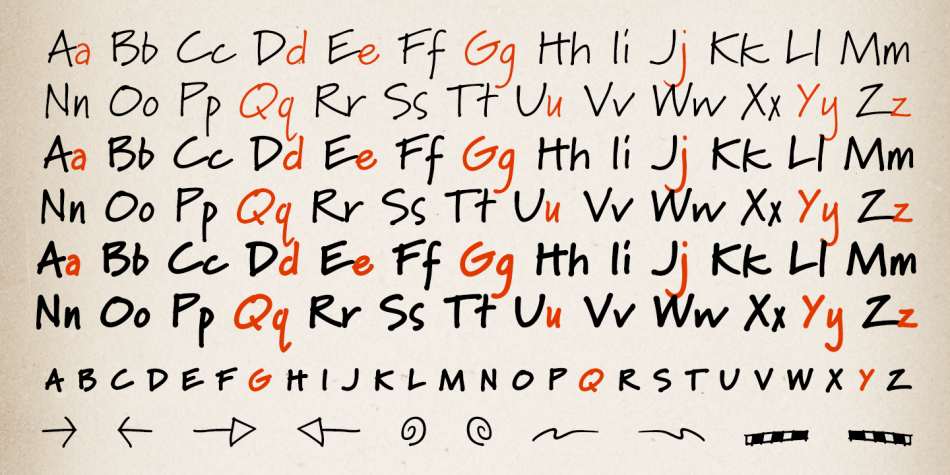 Marydale is a hand drawn font family. This typeface has three styles and was published by Three Islands Press.

While working at a trade magazine many years ago, I admired the hand-lettering of a colleague and suggested she let me model a font after her penmanship. She drew out the alphabet, and I launched (then Altsys) Fontographer and (to shorten a long story) ended up designing my first font. For the heck of it, I released it and, astonishingly, it took off. And since then, Marydale herself has had the mixed blessing of seeing her handwriting (and name) plastered all over the planet. The Marydale family has regular, bold, and black weights; OpenType features include true small caps, numerous ligatures, and a stylistic set that substitutes a few less quirky glyphs—as well as support for Central/Eastern European, Greek, and Cyrillic languages.