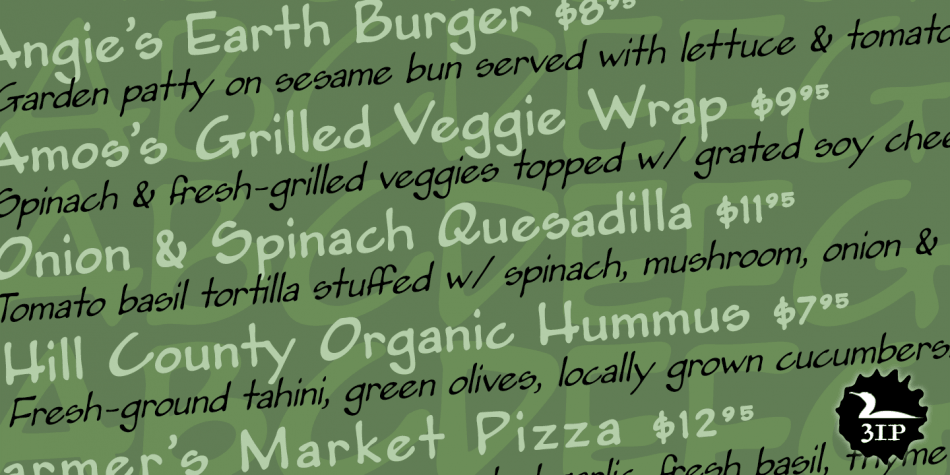 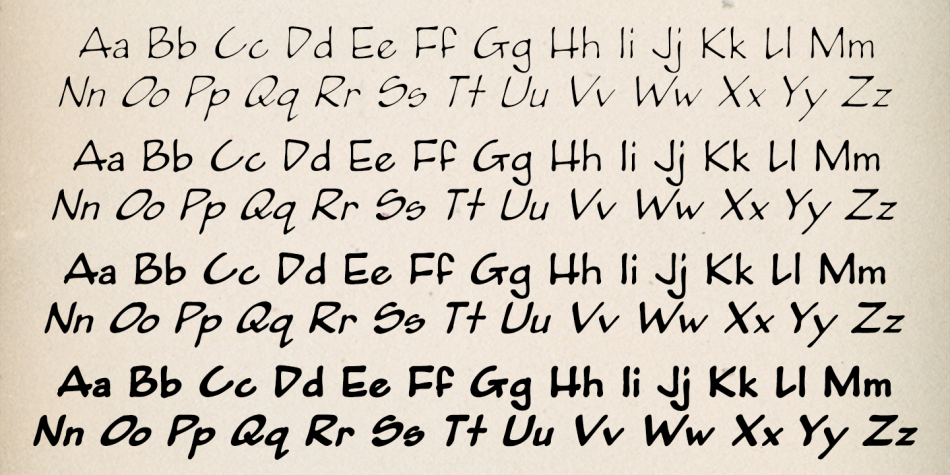 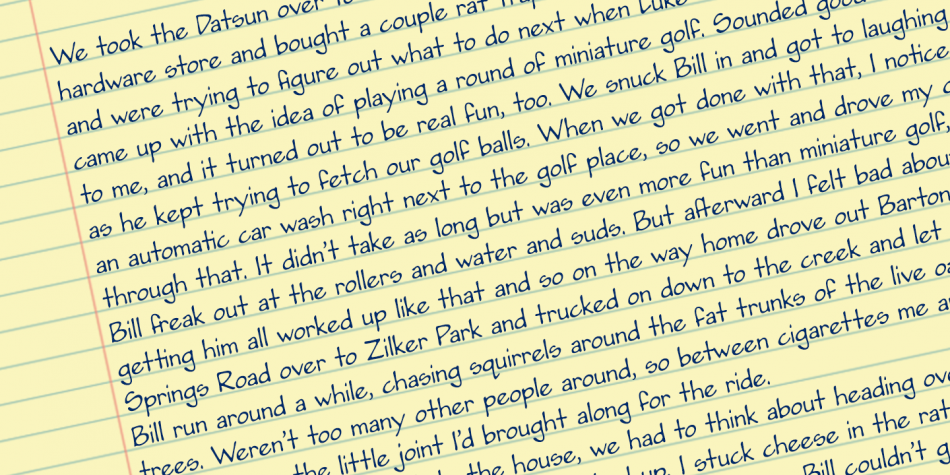 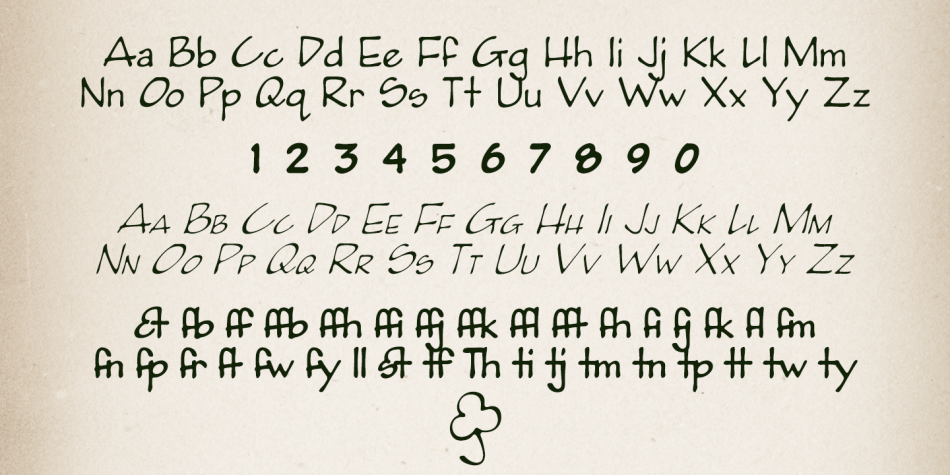 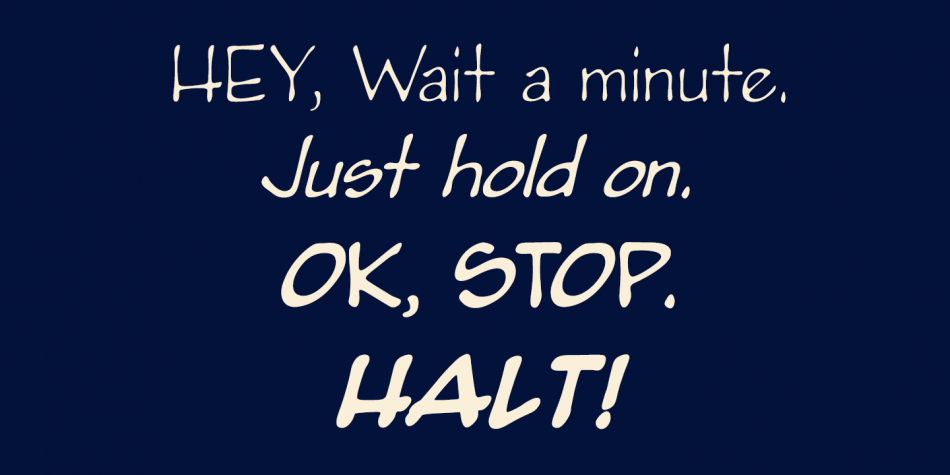 Pumpkinseed is a hand drawn font family. This typeface has eight styles and was published by Three Islands Press.

It all began with a bit of hand-printing I noticed on the dinner menu at a coastal Maine restaurant. I took a menu home for future reference. Several months later, some similar hand-lettering on another local dinner menu caught my eye. I became a sort of connoisseur of menu lettering. After tweaking and adjusting a few of these menu-inspired (uppercase) characters, I drew out some matching lower cases and created a range of weights and oblique styles. The result: Pumpkinseed, a full-featured, eight-style casual handlettering face. OpenType features include true small caps, old-style and lining figures, numerous ligatures, and Eastern and Central European alphabets—more than 650 characters in all.