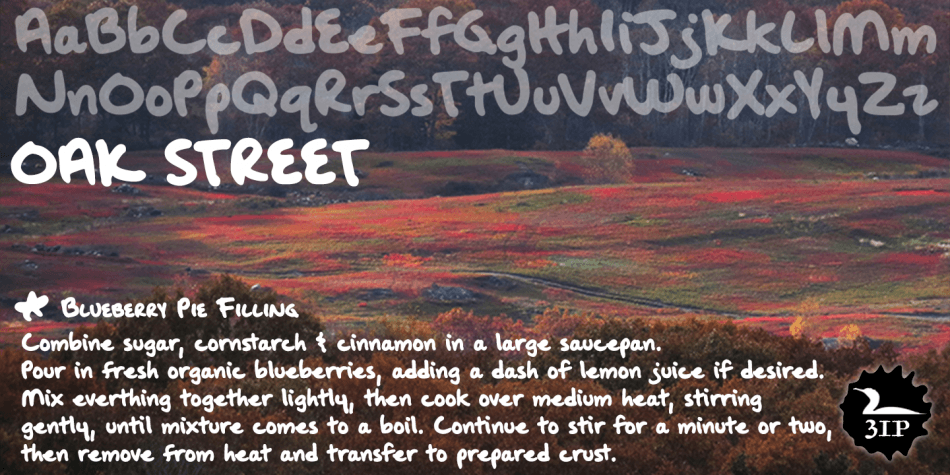 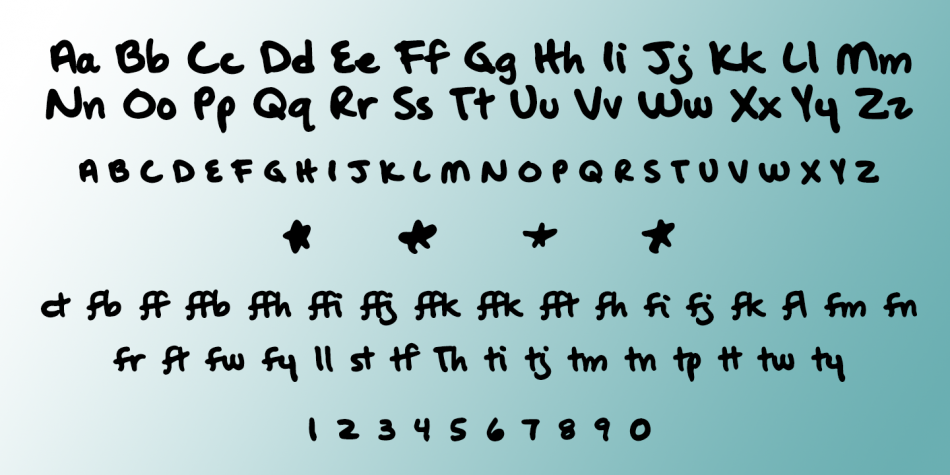 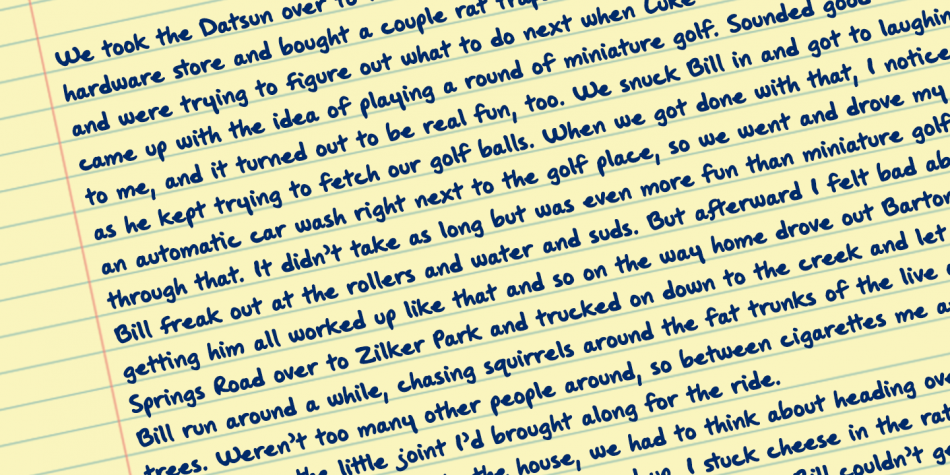 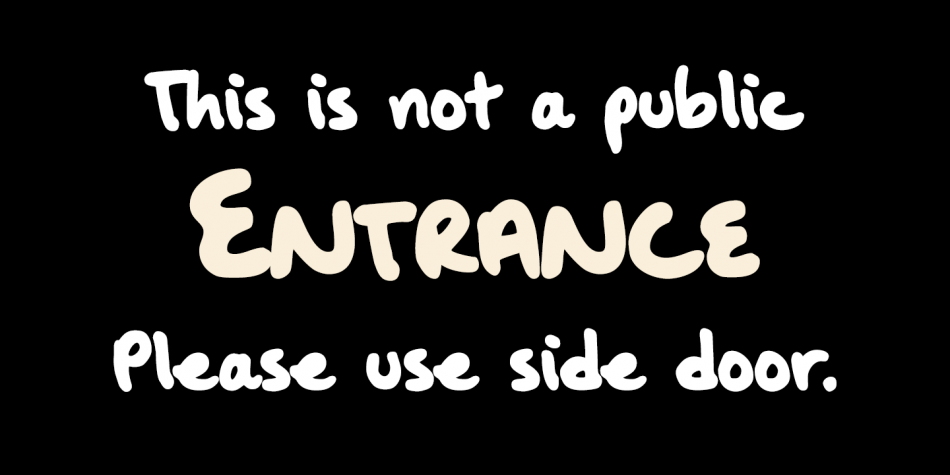 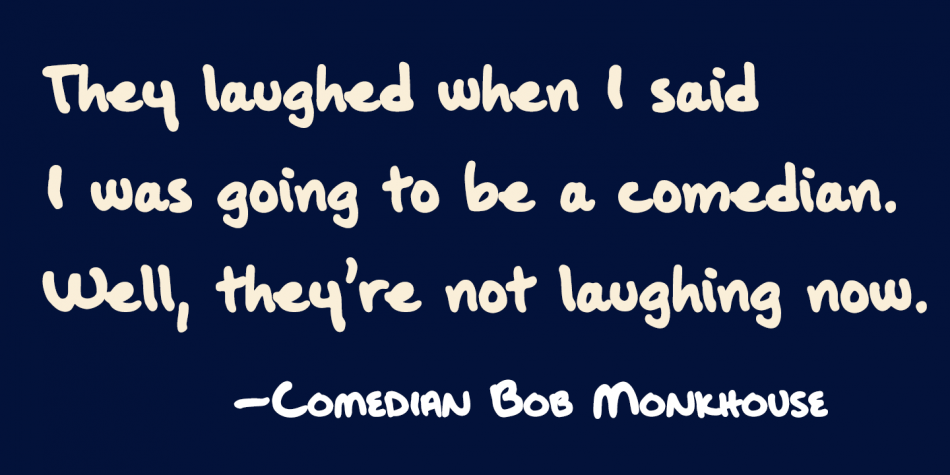 There’s a little restaurant in an old house on a sidestreet in Rockland, Maine, called Cafe Miranda. The staff is friendly, the setting intimate, and the appetizer a basket of hot bread fresh from a brick oven. Its ample menu has featured such entries as “Quasi-Cassoulet” and “Gentle Sole.” Early on, that menu was handwritten by a woman named Cindy with a felt-tip marker, which proved a time-consuming task—so I took matters into my own hands. And here’s what I subsequently delivered to the folks at the little restaurant on Oak Street. Cafe Miranda’s menus have since been overhauled, but Oak Street still faithfully reproduces Cindy’s friendly handlettering style. OpenType features include true small caps, numerous ligatures, and Central/Eastern European alphabets—more than 750 glyphs in all.